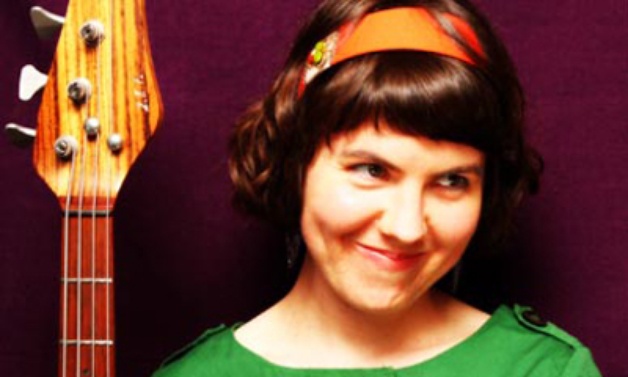 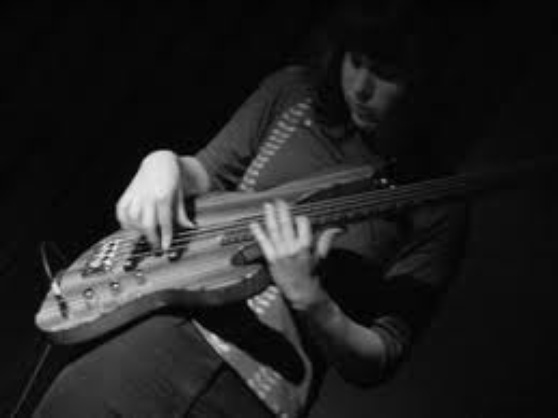 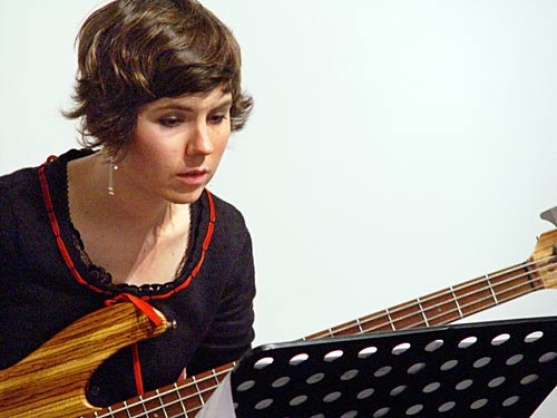 Electric bassist Zoë Frater first began her studies at the Mackay Conservatorium of Music under the direction of resident bassist Lee Matthews.  In 1999 she moved to Canberra to study under Eric Ajaye at the Canberra School of Music at The Australian National University.  During her time in the A.C.T. she performed with Mike Price, Col Hoorveg, Miroslav Bukovsky, and John Mackey. In 2000 she formed the jazz quartet Katook with guitarist Jess Green.  Katook has performed and toured extensively over the last seven years (Melbourne Womens International Jazz Festival (MWIJF) 2004, Half Bent Music Festival 2005, Jazz Groove 2006) and recorded for ABC’s Jazz Track Program in 2006.  In 2003 Zoë undertook a study scholarship to the U.K. to study with London bassist’s Dil Katz, Rob Mullarky, Dudley Phillips and Paul Westwood.  In 2007 Zoe premiered her new quintet at the MWIJF performing her compositions with Shannon Barnett, Stephen Magnusson, Julien Wilson, Ronny Ferella and Michelle Nicolle. Zoë has performed at numerous festivals including the Manly, Canberra, Townsville, Devonport and Mackay Biennial Festivals.