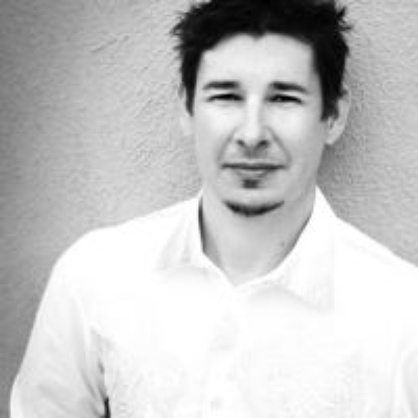 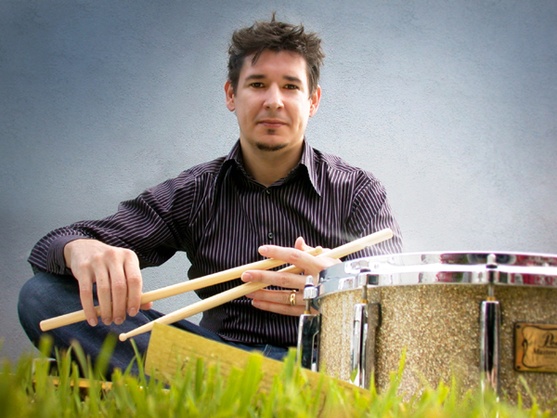 Grammy-nominated Composer, Arranger and Band Leader Tim Davies first dreamt of leading his own big band when he was twelve, inspired by a cassette of Australia’s Daly-Wilson Big Band — a dream realized in 1998 when he formed his first band in Melbourne, Australia. Its run was cut short by Tim’s move to the US, but it made quite an impact in the time it had. Since 2000, Davies has based his big band in Los Angeles, featuring top session and touring players. The band's first record, Epic, was released in 2002 and its latest album, Dialmentia, came out in May 2009. Leading the band from the drums, Davies creates arrangements grounded in the traditional, while adding elements of classical, rock, metal and hip hop to create a sound that is truly unique. Davies' big band music is now played all over the world and he is often commissioned. In 2010 Davies' piece Counting to Infinitiy was recognized with a Grammy nomination for Best Instrumental Composition.

With the assistance of several grants, Davies moved to Los Angeles in 1998 to study at the University of Southern California. His first professional break came after a lesson with band leader and arranger John Clayton. Clayton invited Davies to assist him for 3 years while he was Director of Jazz at the Hollywood Bowl. In his time with Clayton, Davies did orchestrations and transcriptions for concerts featuring the who's who of the jazz world, including Jimmy Smith, Dave Brubeck, Nancy Wilson, Ray Brown, Oscar Peterson and Take 6. He also did transcriptions and arrangements for tributes to Johnny Mandel, Neal Hefti and Quincy Jones, and worked on albums for Natalie Cole, Diana Krall and Michael Buble. This was an amazing experience and education, a true old-school apprenticeship.

In addition to his jazz work, a large part of his time is spent orchestrating and arranging music for Film and Television. Recent orchestration highlights include the TV shows Pushing Daisies, Glee, The Event; and the films Percy Jackson and the Olympians, The Wolfman, Sex and the City 2, Tower Heist and Underworld 4. Davies’ skills are also in demand in the relatively new world of orchestral scores for video games. Credits include God of War 2 & 3, Prototype, Resistance 2 & 3, Infamous 1 & 2 and Batman: Arkham City. Known for his string writing, he is often commissioned to write textural/ambient music for which he has coined the term Symphonic Sound Design.

All of this work naturally led to Davies becoming a conductor. He has conducted most of the film, TV and game projects mentioned above, along with many other sessions including projects for Steve Jablonsky (The Sims 3 and Gears of War 2), Stephen Trask (Cirque du Freak), AR Rahman (Couples Retreat), Christophe Beck (Date Night, Muppets), Deborah Lurie (Dear John, Footloose), Heitor Peirera (Despicable Me), Ramin Djawadi (Fright Night) and albums for the likes of Latin superstar Luis Miguel, Sara Bareilles and Melody Gardot.

Davies has written much concert music and is a represented composer of the Australian Music Centre. He frequently returns for concerts and has given masterclasses and lectures at most of the major Australian East Coast music schools. He has recently joined the board of Education Through Music, a non-profit that provides music lessons in schools that do not have music programs, a situation all too common in the United States.