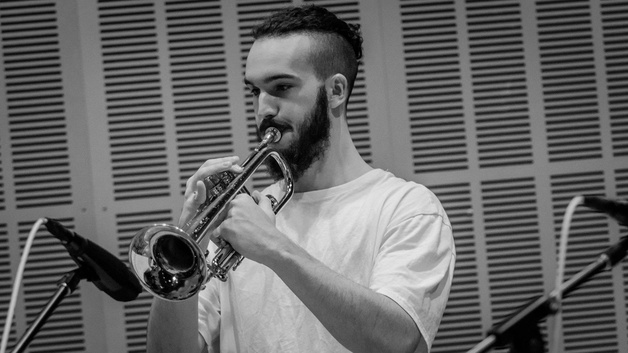 “This is your playground. You are a beast in this cesspool of filth. Your concept oozes dirt and accumulates grit, filling the underworld with a stench so foul even the undead reconsider their obedience to your necromancy” - Mike Rivett

Thomas Avgenicos is an emerging member of the Australian jazz scene, having performed alongside a number of Australia's leading outfits including the Mike Nock NOCTET, Matt McMahon Quartet, Steve Barry and Ten Part Invention.

Thomas recently completed his studies at the Sydney Conservatorium of Music where he studied under Phil Slater, Warwick Alder, Matt McMahon and Mike Rivett, graduating with first-class honours.

Thomas has performed extensively in Australia, USA and in Europe where he toured with his own group “Delay45”. Whilst in Europe, Thomas performed in Cologne, Berlin, Amsterdam and Siena, and received mentorship from a selection of the world’s finest improvising musicians including Jonas Burgwinkel, Mike Majkowski, Ben Van Gelder, Reinier Baas, Ralph Alessi, Shane Endsley, Jeff Ballard and Matt Penman. “Delay45” will be releasing their debut album in October 2019.