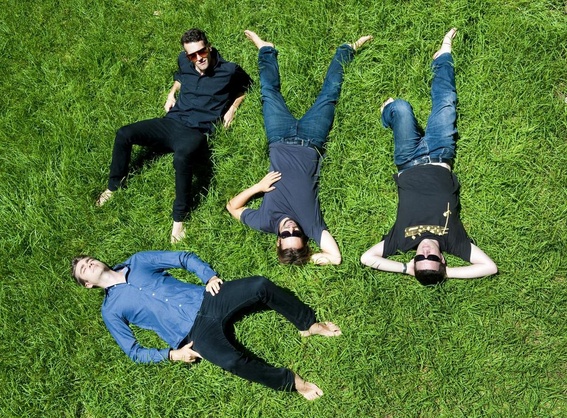 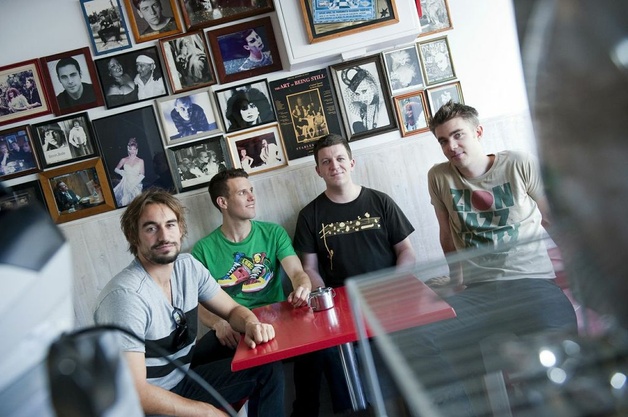 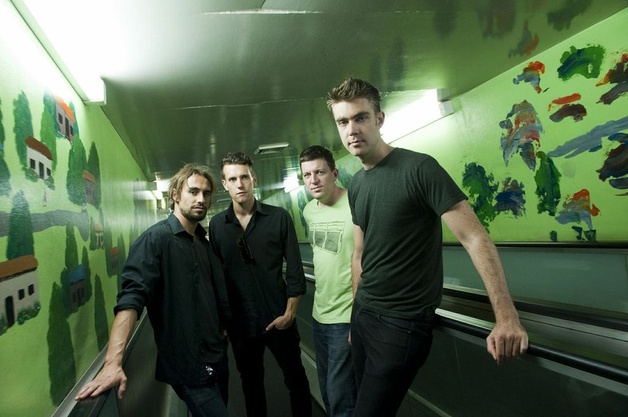 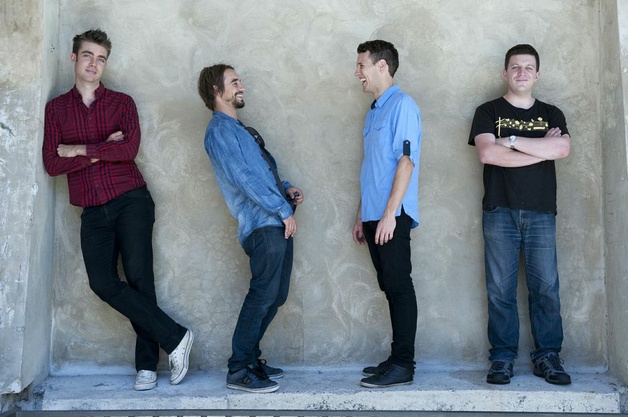 Tunes by The Vampires

The horns grab the limelight, intuitively in accord and, as often, fencing with each other in dances that excite, provoke and soothe.” Sun Herald Sun

With a new depth of improvised sophistication, conviviality and world music cross-overs from Jamaica and South America, The Vampires are quickly becoming an icon on the Australian music scene, having received both critical acclaim and a growing following across the country.

In 2011 The Vampires attended Dave Douglas' Banff Workshop for Jazz and Creative Music where they were nurtured by some of modern jazz's leading lights, winning a multitude of new fans from their Canadian counterparts and local audiences.

“Played with verve, high ability and inspiration, The Vampires have produced another distinguished album.”

“The Vampires play with wit, soulful melody and invention”

Sydney saxophonist and composer Jeremy Rose is one of Australia’s leading next generation jazz artists. He holds an Honours degree in Jazz Saxophone from the Sydney Conservatorium and has studied around the world including London, Oslo, and New York.

He has received critical acclaim for his playing, with the media claiming that he “shows subtle glimpses of a mature master” (The Australian), “his compositions stand out from the pack” (SMH), and that he is  ’quietly developing a significant Australian voice’ (Jazz-Planet). He has also received many awards including the Bell Award for Young Australian Jazz Artist and an Australian Postgraduate Award to study for Masters in Music (Composition) with Matthew Hindson at the Sydney Conservatorium.

Jeremy has performed at many of Australia’s top jazz festivals and toured around Australia, as well as performing in Japan, Norway and Canada. He is director of Earshift Music, an independent record label that seeks to create a sustainable outlet for artists in an evolving music industry.

As a composer, Jeremy has written and received commissions for the Ku-ring-gai Philharmonic Orchestra, SSO Fellowship, Sirens Big Band and Compass Quartet. His 2011 work “River Meeting Suite” on the Compass Quartet album “Ode to an Auto Rickshaw” was a finalist in the 2012 Art Awards for Best Jazz Work.

Nick Garbett has established himself as one of Australia’s rising star jazz trumpeters. Having studied Jazz at the Sydney Conservatorium, he completed his Bachelor of Music in 2003, and has since made several trips to New York and South America to continue his musical studies. Nick is a regular member of the Columbian ensemble Watussi, and has toured extensively in both Australia and Internationally. He has also been featured in the Mike Nock Group, and is a composer/performer with both The Vampires and the Sydney based reggae afrobeat band The Strides.

Alex Boneham is one of Australia’s most in demand jazz bassists, having performed throughout Australia and overseas with many of the country’s leading artists. In 2007 Alex won the James Morrison Generations in Jazz Scholarship, was a finalist in the prestigious National Jazz Awards in 2008, and was a recipient of the BBM Award in 2010. At age 24, Alex is already bassist of choice for many of the country’s leading creative musicians.

Alex graduated from the Sydney Conservatorium of Music in 2009 with a Bachelor of Jazz Performance having studied with Craig Scott, Matt McMahon, Mike Nock and SSO bassists Alex Henery and Kees Boersma. Alex has continued his study of the double bass with international heavyweights of jazz such as Larry Grenadier, Ben Street, Matt Penman, Matt Brewer, John Webber, and Neal Caine.

Alex Masso is a drummer with an interest in improvisation, the jazz idiom and other contemporary music. He has studied jazz drumming at Sydney Conservatorium of Music, tabla with Bobby Singh, and had a significant but informal musical education through his involvement with the NOW now. His projects include jazz groups Trio Apoplectic, Marc Hannaford Trio and The Vampires, improvised music ensemble The Splinter Orchestra and an ongoing solo project. In 2008 he has also organised two festivals, toured with Trio Apoplectic, The Splinter Orchestra, The Vampires and Peter Farrar, recorded an album in Norway, collaborated with Kris Wanders, Dave Brown and Lucas Simonis (Netherlands) and performed with American creative music pioneer Wadada Leo Smith.