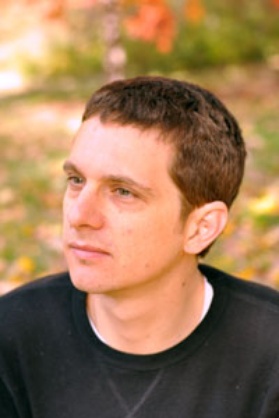 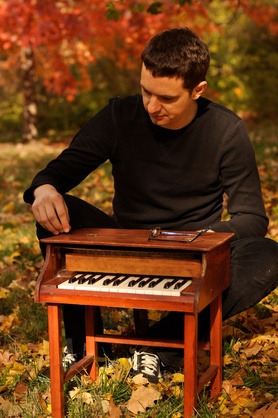 Australian pianist and composer Steve Newcomb is currently based in New York City, where he is completing doctoral study in composition with Jim McNeely at the Manhattan School of Music. As a Masters student at MSM from 1999-2001 in Jazz piano performance, Newcomb had Kenny Barron, Garry Dial, John Riley, Mike Abene and the late Manny Albam as mentors.

Steve’s recent projects in Australia include the duo with the distinctive and creative vocalist/lyricist Hannah Macklin, with whom he released “Paper Cranes” in 2010, and the 10-piece West End Composers Collective, which has released two highly acclaimed studio albums “Downstream” and “Driving Hat”. Steve has appeared on two recordings by the group VNMG (featuring Will Vinson, Thomas Morgan and Peter Gabis), which bear the titles “Short Stories: People, Places, Times,” and “Down Homeless.” He has also led a piano trio with Eugene Romaniuk (bass) and Ken Edie (drums), and co-formed The Local Group with Edie and virtuoso guitarist James Sherlock.

Mr. Newcomb completed his Bachelor of Music degree in Orchestral Trombone performance and at this time, toured with the Queensland Youth Symphony to Japan and Korea. A love and appreciation for orchestral repertoire has been a large influence on his music, and in recent years has developed into a growing output of orchestrations and compositions for various symphonic ensembles.

Recordings that feature orchestral arrangements by Steve include the DVD “Ben Folds and WASO: Live in Perth,” the Katie Noonan and The Captains album “Emperor’s Box,” featuring the Australian Chamber Orchestra, and the Katie and Maggie Noonan album “Two of a Kind” with the Queensland Symphony. He has also had his work performed by the Sydney, Adelaide (Australia), Baltimore and National Symphony Orchestras (USA), and the Metropole Orkest (The Netherlands).

Steve Newcomb has taught in clinics and workshops around the world, and holds a teaching position at the Queensland Conservatorium of Music in Brisbane, Australia. He enjoys being active in community music programs where he has had the opportunity to mentor a number of up and coming musicians.

” … explored the paths less travelled of the piano …” (John Clare)

“Put simply, Steve Newcomb is one of the most beautiful musicians I have had the pleasure of knowing and being involved with in performance. Beautiful in the sense that his musical aesthetic is founded in gentleness, sensitivity, and formidable skill in playing, composing, orchestrating and arranging.”
(Tony Gould)