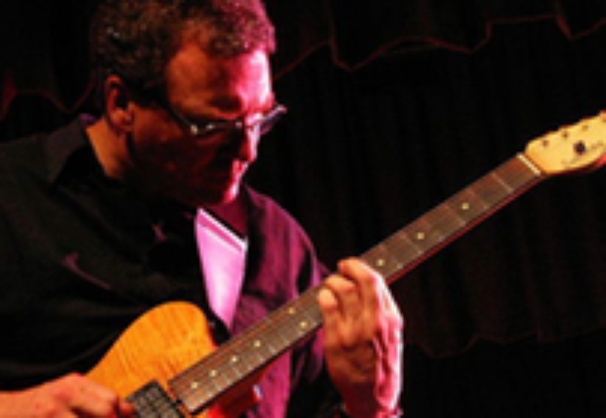 Guitarist, composer and teacher, Steve has worked in Melbourne, Sydney and the European scene since 1982. He has been regarded as one of Australia's greatest guitarists for the last 20 years. Steve's virtuosity and versatility has seen him as musical director and guitarist for acts like Daryl Braithwaite, John Paul Young, The Drifters and The Platters. Steve lived in Europe from 1994-2002. There he toured with such greats as Bob Berg, Joe Pass, Gene Calderazzo, Barbara Denerlein, Mike Stern and many others. Steve's early influences were Joe Pass, Wes Montgomery, Barney Kessel, John Ambercrombie and Freddie Hubbard.

Steve has been called and Australian Legend guitarist. In 1980 he studied at GIT in Los Angeles with Pat Martino, Howard Roberts, Joe Diorio, Don Mock, Robben Ford, Steve Lukather and Joe Pass. Since those early days, Steve has taught at the Sydney Conservatorium, Australian Institute of Music, Wollongong University, Lismore University and Perth Conservatorium of Music. Since his return from Germany he has started a thriving private teaching practice; many of his students have been accepted into the prestigious Sydney Conservatorium of Music. Steve has put out three of his own CDs- Wall to Wall Cement, Sea View, and New Times. His early CDs have been studied at many music learning institutions and are considered classics. His ability to play in many styles is certainly evident on these CDs.

At Steve's guitar practice, students from time to time get the privilege of playing with some of Australia's greatest musicians; he holds workshops allowing students to play with the likes of Bernie McGann, George Golla, Dale Barlow, Andrew Dickenson and Brendan Clarke. Steve's latest band includes Mike Nock, Phil Scorgie and Gorden Rhytmeister- an energetic band playing Steve's original music. The band has played at The Basement, The 505 Club and The Manly Jazz Festival to rave reviews.