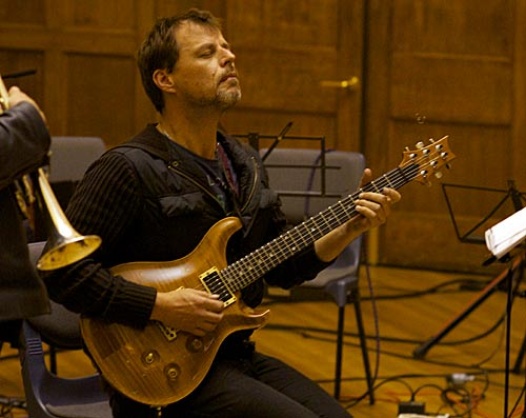 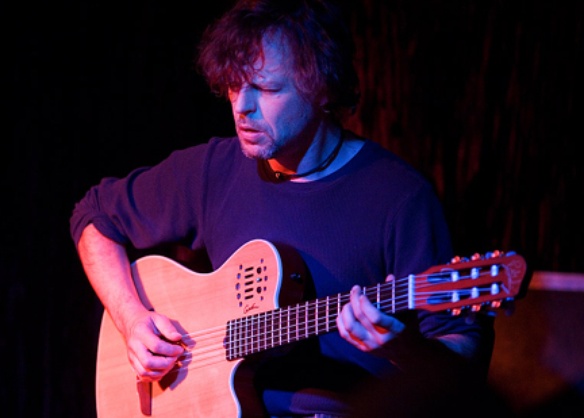 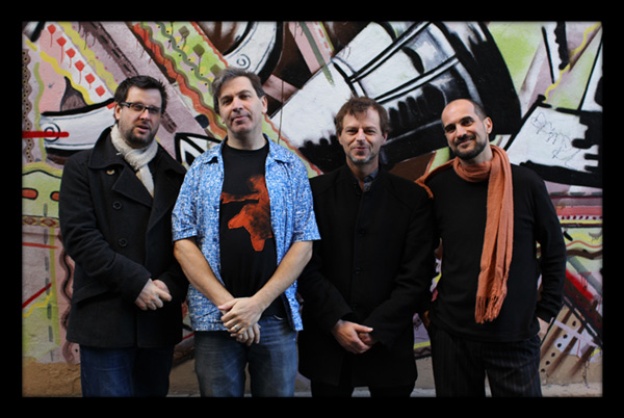 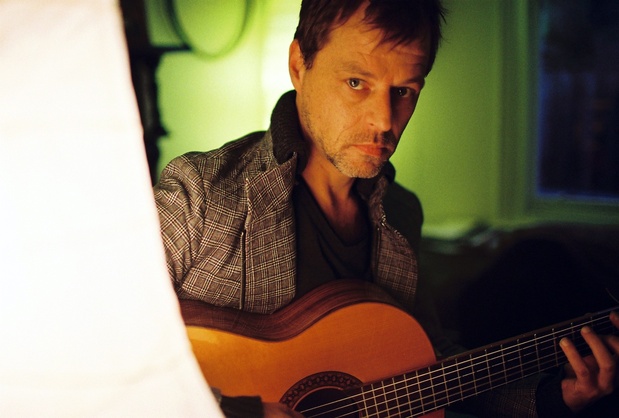 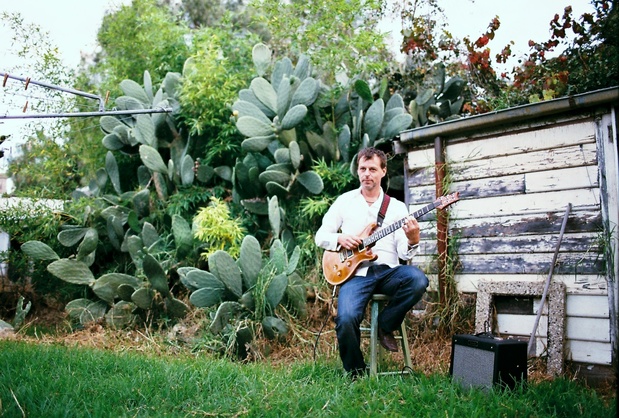 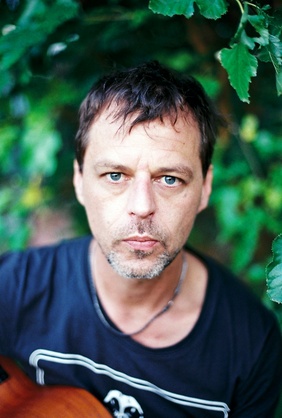 Stephen Magnusson is now one of Australia’s most accomplished, versatile and distinct musicians with incredible technique and an astoundingly beautiful tone. His hectic schedule shows that he is a delight to work with and someone that has ‘something to say’ in the world of improvised music.

He was given his first ukulele at 3, his first guitar at 6 and began performing at 10 on an electric guitar that he loaned from his schoolteacher. At 13, he started to study under the guidance of Gordon Pendleton at the Box Hill Tafe and discovered the world of improvised music.

In 1986, he studied at the esteemed Victorian College of the Arts. Under the supervision of some of Australia’s finest musicians – Tony Gould, Bob Sedergreen and Mike Doyle – he expanded his practice regime and playing. He joined various bands playing numerous styles and developed an understanding of different methods. But, his main focus remained, to develop and hone the craft of mastering the guitar.

Stephen continued to play and record with proficient and skilful Melbourne based musicians, but decided in 1994 to spend some time playing, travelling and being influenced by other cultures in Europe. During this time in Zurich, he met with his long time collaborator – Argentinean drummer Sergio Beresovsky.

After being appointed on the staff at The Academy of Contemporary Music (Zurich) in 1997, Stephen and Sergio began to perform regularly with Swedish bassist – Bjorn Meyer. In the July of the same year, Australian saxophonist – Julien Wilson travelled to meet and play with the trio. After the first week of playing together, they formed SNAG and produced a self-titled album (released in Australia ‘Hey Guess What’).

Stephen continued to excel, receiving rave reviews throughout Switzerland and Europe, and was in demand as a player and teacher performing across the continent regularly with SNAG and many other ensembles. He was awarded two grants through the Swiss Arts Council POP KREDIT and was nominated for the Swiss Fellowship award in 1999.

After 3 years of living in Zurich, Stephen returned to Melbourne in August 2000. He entered the National Jazz Award at Wangaratta Jazz and Blues Festival, were he tied for First Palace amongst much controversy. At this festival he performed with his trio – The Stephen Magnusson Trio with Sergio and Eugene Ball. This recorded result is captured on the CD ‘Healing Songs’.

2001 saw Stephen head back in Europe, touring throughout Germany and Switzerland. In October, Stephen bought SNAG to Australia for an East Coast tour and appeared at the Wangarratta Jazz Festival.

Returning in 2002, he spent time in the Northern Territory playing music in Aboriginal communities before returning to Melbourne and forming the band ‘Facelifter’.
From 2003 until now, he remains extremely busy playing with various ensembles, namely Assumptions (Julien Wilson and Will Guthrie) and also the Wilson, Magnusson and Grant Trio (again with Julien and also Stephen Grant), building on their musical brotherhood.

Stephen is about to embark on a journey concentrating on writing for his trio MAG (Frank DiSario and Dave Beck) and the latest quartet – Magnet (Carl Pannuzzo, Eugene Ball and Sergio Beresovsky). These projects are being met with much anticipation from critics and listeners living within the international musical community.