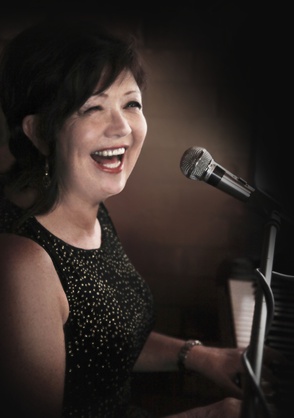 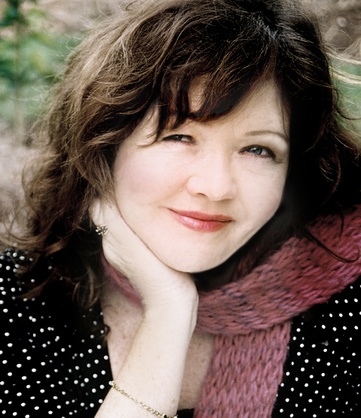 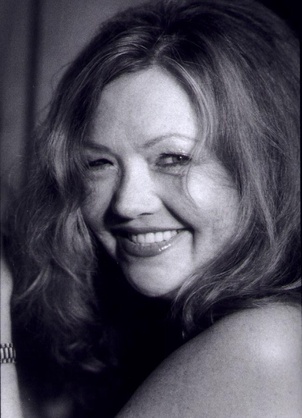 “In a world of over-rated, over-stated singers, Sharny Russell is a gem… an exquisite experience.” - Eric Myers, Jazzchord.

A pianist, vocalist, composer, educator, who left Sydney after a short but successful stint there many years ago for family reasons, Sharny is known for her great originals & dazzling keys/vocal improvisations. She recorded “A Good Thing on Hold” with ABC classics & won the 2004 APRA Jazz award. She performs regularly with internationally known jazz guitarist George Golla, and they have produced two albums, Velvet Jazz, and Velvet Live. Growing up being fully involved in musical pursuits, she completed a classical piano degree at Queensland Conservatorium. She then moved to Adelaide, continually writing music. She became the State Director of the Yamaha Music Foundation and was head teacher of two music schools as well as training teachers. Sharny was Musical Director for Here’s Humphrey on Channel 9. After moving to Sydney, she performed regularly at Sydney's best known jazz venues, The Soup Plus and The Basement, working with James Morrison and others. She has supported artists such as Vince Jones, Martin Taylor & Tania Maria. She has been a featured performer with her own band at many national jazz festivals. She has played for Georgie Fame, Ray Brown and James Moody. She has toured with Grace Knight and Don Rader, and been in concert with James and John Morrison, Galapagos Duck & George Washingmachine.

Known & respected in the Australian jazz community as a “musician’s singer” Sharny is one of the country’s leading exponents of “scat singing”. She is currently on staff at Queensland’s Jazz Music Institute and Queensland Conservatorium.

"Sharny was my teacher and she’s one of the country’s foremost jazz vocalists. She writes her own material (which is becoming more common for jazz singers now, thankfully) and her songs are incredibly well-crafted and of course, sung to perfection."
Melissa Forbes, Head of Contemporary Voice Studies, USQ

“... Sharny takes a piano solo to which she adds, in unison, a wordless vocal. It’s an exquisite experience to hear this ... done so well, with such reverence for the jazz tradition. In a world of over-rated and over-stated jazz singers, Sharny Russell is a gem. Her trio could headline any jazz festival in the country.”
Eric Myers, National Jazz Chord Magazine

"Sharny is a musician who sings and plays piano honestly and joyously .... I've seen her perform many times, and loved each one! it's always a pleasure to hear her do her thing."
Kristin Berardi, Winner of Montreax Jazz Festival vocal prize, Wangarratta Vocal Competition, and the Freedman Award.

"(A Good Thing On Hold. Sharny Russell - ABC Jazz)
Rating: 8 stars. …This is one album that leapt out from the throng from the moment it started playing. Some beautifully recorded piano and acoustic bass, competent and fresh jazz arrangements and to top it all, the relaxed, attractive and secure vocal talents of Sharny Russell. I should have known. ABC Jazz have never, in my humble experience, released an artist who wasn't worthy. Accompanied here by her brother Stephen on piano and backing vocals, sister Helen on double bass and vocals , …she has a welcoming voice, warm and polished at the same time. She always sounds comfortable even as she plays with a lyric and melody line. Hear the vocal flirtation signing off the title track, a vocal lick of extreme class. You know you're in good hands. And that extends to her supporting players, who are also established musicians, not least the formidable David Ades on alto saxophone. The original songs which comprise the album are a treat too - a deft set of interesting and appealing tunes which offer cohesion as well as variety. The multi-tracked voice and backing vocals on the title track come as a surprise and show another whole set of possibilities for this gifted singer from whom we should hear much more. For now, do have a listen to this assured, substantial album."
The Financial Review (Aug 15 2003)

"With an intimate and sophisticated style and sweet lyrical voice Sharny Russell creates some of the freshest, classy jazz arrangements around today."
APRA review - Nominations List 2004.

"Sharny is the eldest member of the Russell family who are often referred to as one of Australia’s most talented musical dynasties. Although one is easily impressed by Sharny's career highlights, it is the magic in her voice that one remembers most. Smooth and pure, a vocal style that pays reverence to beautiful lyrics while keeping the listener connected to the melody, along with her nationally recognised scatting prowess. Then of course, as a pianist, she has been my brother James’ and many others’ first choice on a few occasions, and is one of Australia’s very few exponents of the George Benson style of unison voice & piano improvisation. She is loved and respected in the jazz community of this country as a performer and also as a writer of compelling originals."
John Morrison, drummer & jazz educator.

“... exuberance stems from vocalist Sharny Russell who, in her puckish way, can do wonderful mischief to a lyric, bending phrases and harmonies, teasing fresh nuances from the standards but never sacrificing musical quality. She is one of Australia’s best female jazz singers.”
The Courier Mail