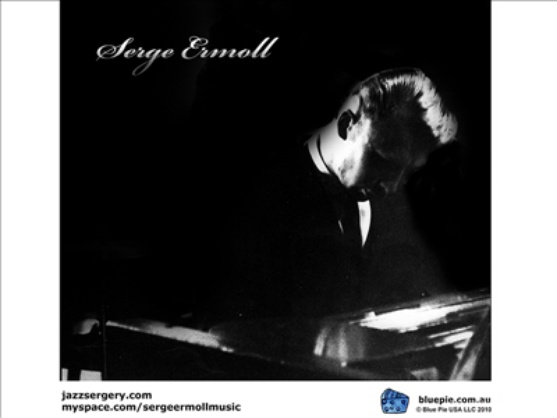 Serge is the son of Sergei Ermolaeff, a Manchurian born, Russian jazz orchestra leader. In China, Sergai worked as a drummer/musician, building a reputation as one of Shanghai's more notable orchestra leaders during the 1930's and 1940's. While experiencing the onset of the communist revolution in China, Sergei and his wife Xenia (singer/dancer) and son Serge Jr, won passage on the Chan Sha ship migrating to Australia in 1951.

Visiting the UK in the late sixties, he was invited to fill in for Dudley Moore, when he was invited to Hollywood. A revered musician before finding fame in the latter, Moore never returned to the UK as a regular player. Serge went on to become an integral member of what was the Dudley Moore Trio, with Chris Karen on drums, originally from Melbourne, and Pete Morgan on bass (British) who was also a great vocalist. Serge was playing consistently for the next seven years in the territory as a result. Serge was a regular at the prestigous Ronnie Scotts, to cite one example, during that period.

Boasting a 5th Dan black belt in karate, and formerly having a day job as a private detective, Ermoll has always been a character, within and beyond his music.