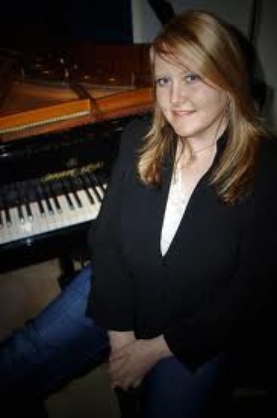 Sally Greenaway (b.1984) is a freelance musical director, jazz pianist, teacher and composer represented by the Australian Music Centre.

In 2005 Greenaway completed a Bachelor of Music (Jazz) at the ANU School of Music Jazz Department studying under Paul Macnamara, Mike Nelson, Eric Ajaye and Miroslav Bukovsky. During 2010-2011 she studied film composition at the Royal College of Music (London) as an RCM Scholar, supported by the Lucy Ann Jones Award and other scholarships, studying under Joseph Horovitz, Mike Moran and Kenneth Hesketh.

During her stint in London, apart from scoring more than 10 film scores, Greenaway also played jazz piano at many memorable events, including the London Chopin Festival on Steinway's unique 'Ferari' grand piano, and for a private party on Liberace's rhinestone grand piano at the Dorchester Hotel in Mayfair. She also worked as a pianist and composer with the RCM Big Band, trialling new works she had written and arranged.

Greenaway is well known in the Canberra music scene, having worked with many of Canberra's music ensembles. She is currently Musical Director for ConneXion Big Band and a member of Wicked-Strings! which features musicians from the Canberra Symphony Orchestra. She also lectures part-time at the Canberra Institute of Technology's Music Industry Centre.