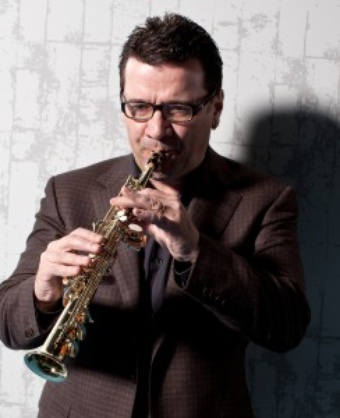 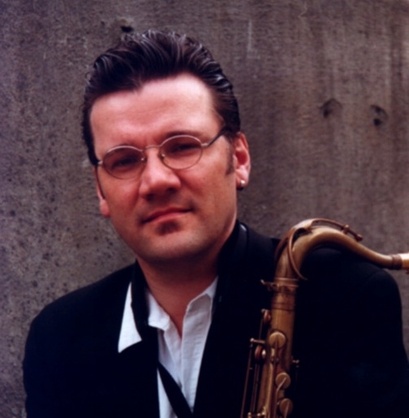 Co-ordinator of Jazz and Popular Studies

Robert Burke has enjoyed a diverse and wide-ranging career as a performer, composer and educator in music. Although classically trained on the clarinet and saxophones, his main focus as a performer has been in jazz and popular music, including eight years performing and composing with Kate Ceberano (including a top-ten Australian hit) and fifteen years with ARIA award-winning band The Black Sorrows. Rob has performed on and contributed compositions to over 200 CDs by groups ranging from pop acts such as John Farnham, Ice House, Real Life, Vika and Linda Bull, to contemporary jazz projects with leading artists including Tony Gould, Tony Floyd, Doug De Vries, Slava Gregorian, Geoff Hughes, Nick Haywood, Stephen Magnusson, Don Burrows,  Tony Floyd and Mike Nock.

Rob has also toured extensively through Asia, Europe, the United States and locally, including as leader of his own projects. He has studied under influential and pioneering jazz musicians including the likes of Dave Liebman, George Garzone and George Coleman in New York.

Burke, R. & Onsman, (2015) A ‘The use of artistic research in music to develop expertise and creativity (in improvised jazz performance)

Rob, a Jazzhead recording artist, has released 9 Cds under his own name or leader of the ensembles. Recently, Rob released a duet album with Tony Gould titled Here (Jazzhead 2009), the third in a series of such collaborations and a quartet album Live at Bennetts Lane – Jazzhead (2011). In 2014 recorded a CD in New York titled Do True  with pianist Kenny Werner, bassist – Johannes Weidenmueller and drummer – Richie Barshay (USA). In 2015 (again recorded in New York)  The Power of the Idea was recorded and released with bassist Mark Helias, drummer – Nasheet Waits (USA), pianist – Paul Grabowsky, trumpeter Paul Williamson and trombonist Jordan Murray.

Rob has had extensive teaching experience giving workshops locally and internationally . In 2000 Rob was invited to conduct improvisation classes at Monash University’s School of Music. Rob subsequently developed an autonomous jazz course for the School of Music and in 2003, was appointed Coordinator of Jazz and Popular Studies. This jazz course is now regarded as the leading course for jazz education in Australia, offering both comprehensive practical training and strong academic qualifications, and providing students with exceptional learning and performance opportunities in Australia, Italy and the United States (New York).

Rob Burke has developed curriculum and pathways for:

Since 2007 Rob has focused on creating cultural and educational ties between Monash University in Australia and Brazil, by creating links with Unicamp University in Campinas and consulting with Brazilian funding agencies and other universities.

Introduced and produced of recordings with iconic Australian and International artists, students and staff:

Rob is also leading efforts to build philanthropic support for the School of Music at Monash University, with a view to expanding the facilities, scholarships and resources available to students.

Rob Burke has developed curriculum and pathways for:

Rob is currently a reviewer for TEQSA having assessed many music courses within Australia.

“This is a groundbreaking collection — complex and adventurous” 4.5* J. McBeath – The Australian 2015

“A stunning jazz album that identifies Melbourne as a significant contributor of talent and inventive and pioneering jazz on the world stage. Beautifully recorded and presented. … This record is a collaboration of some of the most influential protagonists on the Melbourne scene and is undoubtedly a masterpiece.” – Eddie Naran – Jazz on the Street.

“An exciting tour of Melbourne. There are moments where you will get chills down your back’ 4.5* – The Age Green Guide. Melbourne, 28th July 2005.

‘There is a romance in the tracks that comes from an exploration of a stage of jazz which has pleasured many for a long time. While gentle… it is quietly persuasive of all the life, clarity and brilliance to be found in mainstream jazz. Emotional and relaxing.’ Canberra Times, Canberra, 18 Aug 2003.

“Variations of tempo and mood and a seemingly telepathic ability to complement each other make for stimulating listening.” MAG, Music Australia Guide, April 2010

“…carefully crafted explorations into the melodic beauty, space, timbre and dynamic variations of reeds and piano by players whose long friendship is evident.” Roger Mitchell, SHS 4-6 2010