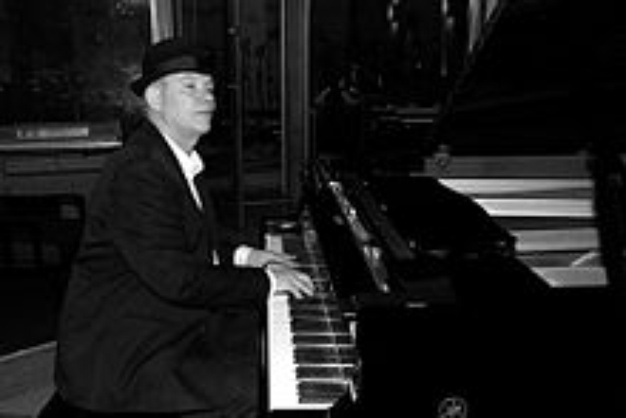 Ray Vanderby is a musician who plays organ, piano, keyboards, guitar and he is also a frontman singer. Ray is a song writer, composer, producer, director, piano tuner, with a career that started in the late 60's playing the Hammond M100 organ. Ray Vanderby was born 17th January 1953 in Apeldoorn Holland, migrated to Australia in 1959 and grew up in Orange NSW. Ray started playing Heart and Soul by ear one day suddenly on the Orange Methodist Church Sunday School Hall piano. One year later at the age of 12 he began playing at various functions throughout Central West NSW. Ray held a 4 year residency at the Hotel Canobolas and Duntryleague Golf Club playing weddings and functions. At 16 he became a piano tuner and started improvising. He taught himself how to play the piano and was influenced by Keith Emerson, Robert Fripp, Mussorgsky, Debussy, Grieg, Bach and also Jimmy Smith, Andre Previn, Miles Davis and Dave Brubeck. Vanderby also played hymns at the Orange Baptist Church. Ray is primarily a self taught musician, playing mainly by ear although he studied under Gordon Smee for a few months.

Ray co-founded his first progressive rock band Eros in Orange in 1968 with Albert Calvo, Geoff Cartwright, Joe Nieuwendyk, Step Delaney and Bob Carroll. Eros began rehearsing in a shearing shed at Kangaroobie Lane Orange and later at the old Canobolas Hall. Robin Large played bass sometimes when Bob Carroll wasn't available. Eros played local shows and supported Sherbet and Richard Clapton tours. Eros won 2nd prize in the Hoadleys Battle of the Sounds in 1970. Ray worked at WH Palings as a piano tuner through the day and often demonstrated the latest model Hammond organ in Summer St on Saturday mornings. Eros relocated to Sydney in 1973 where Ray and the other members found other opportunities so they disbanded in 1974. Ray had tuned George Young's (Easybeats) piano at Epping. George offered him an audition with the Steve Wright band which Ray accepted and the next day Malcolm Young from AC/DC arrived in a bongo van to pick him up. In those days Ray played an M100 Hammond, Leslie 122, Mellotron, Mini Moog and Wurlitzer Electric Piano. Vanderby joined Stevie's band in 1974 touring Stevie's Hard Road album along the East Coast with Billy Ryland, Malcolm Wakeford, Stephen Housden, Larry Durea. Ray became the in house session keyboard player at EMI301 Studios in Castlereagh St working with Mick Lieber, Rod Coe and Bruno Lawrence, under the direction of producer G. Wayne Thomas and engineer Richard Lush. This group of session players formed Doug Parkinson's backing band for a time. Ray met Jackie Orzacsky who invited him to tour with Marcia Hines. The Marcia Hines band also included Billy Ryland, Stephen Housden and Senil De Silva. After national tours with Marcia Hines, Ray joined Blackfeather for 2 line ups with Willy Winter, Billy Ryland and later Stuart Fraser and Warwick Fraser. Blackfeather toured the East Coast supporting Joe Cocker at Myers Music Bowl, Osibisa and Boomtown Rats at the Capitol Theatre. Ray then joined Phil Keys Band Of Light and played late night gigs at Round Midnight Kings Cross with Leo De Castro. Ray also played the white grand at the Tivoli Theatre in George St at interval in between national and international shows plus fill in gigs alongside Pig Morgan for John Paul Young and piano for John English plus working with Mark Holden and Kevin Johnson. Ray has done gigs from the Bondi Lifesaver Sydney alongside Cold Chisel to the Hard Rock Cafe Melbourne alongside AC/DC and venues from Adelaide to Mt. Isa.

In the late 1970's Ray teamed up with Colin Bailey, Bill Britton and Mick Radatti to form The Jukes who later became Silent Movies after signing to the Sab Chase label Result Records. The Jukes released a single called Don't Put Me Away and Silent Movies released an album. Between 1976 and 1987 Ray dropped out of the music scene suffering from alcoholism and addiction ending up homeless in Sydney. Ray entered rehab in 1987 to overcome drug and alcohol addiction and has been clean and sober ever since.

In 1989 he formed 98 Degrees with Ralph Marshall, Don Raffaele and Greg Grant. 98 Degrees signed to Moira Bennet's Mighty Boy Records and held a Saturday night residency at the Manzil Room/Springfields and often played at the Kardomah Cafe. 98 Degrees released a single called Dream On and had backing singers Simone Dee and Denni Hines. 98 Degrees became 93-D which released Ray's song Supicious as a single after signing to Possum/BMG Records. Ray won 1st prize in the WROC/BMG Songwriting Competition with Suspicious in 1991 out of 2,500 entries nationally. Ray Vanderby went on to release 5 world music albums with Aboriginal artists from 1993 to 1998 through the New World Productions label as well as 4 modern jazz albums, plus 4 blues albums, 3 of them through John Durr's Black Market Music label. Ray Vanderby has performed at The Rocks Push in his early days to pubs and clubs all over Australia including the Australian, Bluestone and Thredbo Blues Festivals. In 2003 Ray formed progressive rock band Cosmic Nomads and his own Majique Music record label which later became Majique Records. Cosmic Nomads released 4 albums up until 2011 with Ray writing all the songs and producing the CDs. The 1st line up of Cosmic Nomads was Sydney based and included Michael Smith (ex Scandal, current Atlantics). The 2nd and 3rd Cosmic Nomads line ups were based in Melbourne. The 4th and final line up was based in Orange NSW.

After 40 years of living in 4 states throughout Australia, in 2008 Ray moved from Melbourne back to Orange NSW where he formed blues band Roadhouse Rebels and the Orange Blues Club. Roadhouse Rebels recorded a studio album and a live album. In 2009 he formed the Ray Vanderby Combo which recorded a studio jazz organ album plus the Ray Vanderby Jazz Quartet which became the Central West Jazz Quartet and he also formed the Orange Jazz Club. The Ray Vanderby Jazz Quartet recorded a contemporary original jazz album called Amoresque, written and produced by Ray. The 2nd line up of this group recorded an original live album called Narambla Calling about Banjo Patterson. Ray set up Majique Films and worked with film maker Heather Griffiths. They directed and produced 2 award winning short films. In 2011 Vanderby taught himself guitar and in 2012 he re-formed Eros his first progressive rock band from the 1970's.