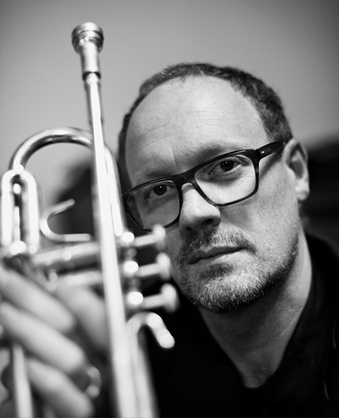 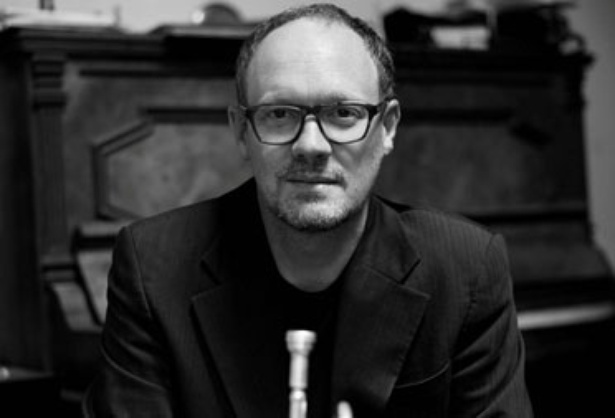 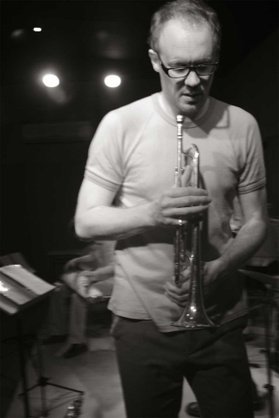 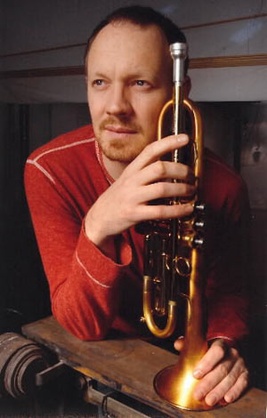 Australian trumpeter/composer/sound artist, Peter Knight, is a multidisciplinary musician who has gained wide acclaim for his eclectic approach, which integrates jazz, world music, and experimental traditions. He leads several projects of his own and appears as a soloist in a range of settings, he also composes for theatre and creates sound installations.

Perpetually curious, Peter’s work defies categorisation; indeed, he works in the spaces between categories, between genres and between cultures. In the past eighteen months alone he won a Bell Jazz Award, was twice a finalist for the APRA/AMC Art Music Awards, and was nominated for a Green Room Theatre Award 'Best Composition and Sound Design' (2011)  for an electro-acoustic score created for the hybrid theatre/sound piece Pin Drop (which also won 'Outstanding Production' at the same awards). He was also recently awarded an Australia Council Music Fellowship.

In the same period Peter toured China and the Australian Outback with ‘Clocked Out’; South America, the UK, Norway, and Denmark with his cross-cultural sextet ‘Way Out West’, and Australia with New York musicians Matt Mitchell and Quinsin Nachoff. He launched a new electro-acoustic solo album Allotrope with a major European tour, as well as a sextet album Fish Boast of Fishing at the Melbourne Recital Centre for the 2012 Melbourne International Jazz Festival. He had a new work for prepared trumpets premiered at the International Trumpet Guild’s annual convention and also developed an international collaboration with Korean singer/multi-media artist, Sunny Kim. In addition, Peter created a new audio-led hybrid performance work with long-time collaborator, Tamara Saulwick, called Seddon Archives under a commission from the Big West Festival.

Peter has developed an international following for his work releasing nine albums in as many years showcasing a diverse range of ensembles and approaches that have earned him significant attention: “Hard to categorise… hauntingly memorable” The Wire (UK).  “Honest, inventive and original” Hour Magazine Montreal. “Combines different styles seamlessly, [and] succeeds where so many other world music fusion groups fail” Vancouver Sun. “An unusual and beguiling sound” Cadence Review (New York). “Quietly forceful” The Age. Most recently Peter’s sextet album Fish Boast of Fishing, was featured on BBC Jazz on 3 and described as, “a serious work of stringent originality performed by an ensemble that deserves to be heard much more widely.” It was also mentioned in the New York Jazz Record’s ‘Best of 2011’.

Peter is the recipient of numerous other grants and awards including the 2009 Bell Award for ‘Australian Jazz Ensemble of the Year’, which he won with Way Out West. In 2008 he was nominated for the APRA Awards, ‘Jazz Composition of the Year.’ In 2007 he was awarded the Rolston Music Fellowship by the Banff Centre for the Arts, which enabled him to take up a Banff Centre composer’s residency. Peter’s work has also been supported by grants from the Ian Potter Trust, Australia Council for the Arts, Arts Victoria, Alan C. Rose Trust, Australia/Korea Foundation, Australian International Cultural Council, and The Myer Foundation. He was the 2005 recipient of the Keith and Elizabeth Murdoch Travelling Fellowship (VCA) and holds a doctorate from Queensland Conservatorium Griffith University, which was completed in 2011 with the assistance of a full scholarship.

2012: APRA/AMC Art Music Awards. Finalist for Jazz Composition of the Year (for Fish Boast of Fishing)

2011: APRA/AMC Art Music Awards. Finalist for Award for Excellence with Way Out West

2009: Bell Award for ‘Australian Jazz Ensemble of the Year’ with Way Out West

2010: Way Out West, The Effects of Weather, Jazzhead/MGM

2006: Peter Knight Quintet, All the Gravitation of Silence, Jazzhead/MGM

2012: Premiere of Fish Boast of Fishing at The Melbourne International Jazz Festival

2010: National tour of Australia (12 dates) with Way Out West to launch The Effects of Weather, tour produced by Sound Travellers

2009: Tour of Japan including Takatsuki Jazz Street Festival Osaka with Way Out West

2009: All Tomorrow’s Parties Australian tour with The Saints

2006: Misinterprotato, national performances and recording with Brisbane based trio.

2007: Spirals. For Dead Horse Wind and String Ensemble as part of Ground Elastic Sound curated by Kate Neal, premiered at The Forum in Melbourne (2007)

Board and committee appointments

The Future of the Melbourne International Jazz Festival. Published in 'The Age' Green Guide 18th November 2001