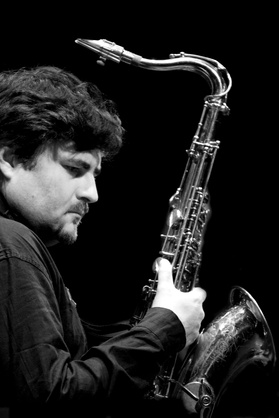 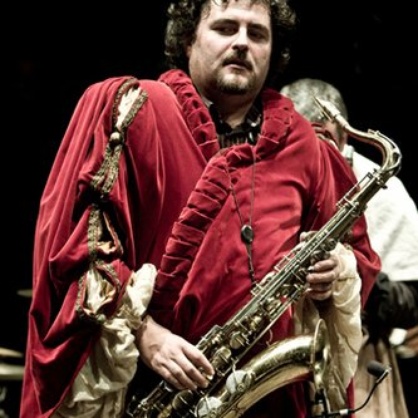 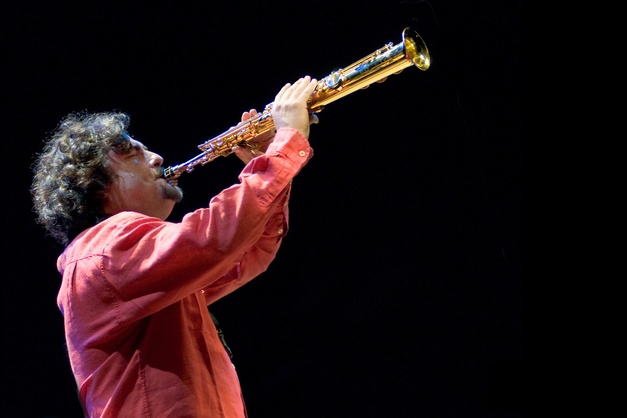 MIRKO GUERRINI was born in Florence in 1973. Has studied piano, saxophone, classical composition and jazz music at the Conservatorio “Cherubini” in Florence.

Eclectic and multi-instrumentalist, composer and orchestra conductor, he has 6 Cds to his credit as a solo sax player and leader of jazz ensembles, more than 40 CDs as a sideman and besides being the resident soloist in Stefano Bollani’s quintet “I Visionari” he is also the leader of the “Cirko Guerrini” quintet and of the “Triodegradabile”band.

Guerrini has released 5 books: 2 with a selection of his compositions by the well known label Carisch Ed, and 3 educational books dedicated to the Jazz Tenor Saxophone: Stan Getz, Joe Henderson and Oliver Nelson.

He was part of the “blockbuster” project “Carioca” with Stefano Bollani and all brazilian musicians (cd and dvd released with more than 80.000 copies sold), and has toured 3 times in Italy with more than 50 concerts. In two of them the great Caetano Veloso has joined the band.

Guerrini hosts the radio show “Dottor Djembè” together with David Riondino and Stefano Bollani. The radio program is now at its sixth-season run and in June 2010 it also became a tv show for Rai3, composing and arranging all the music for it.

He has very high quality and varied collaborations: with Billy Cobham, Brian Auger, Mark Feldman, Stefano Bollani, Enrico Rava, Stefano Battaglia, Paul McCandless, Caetano Veloso, Hermeto Pascoal as far as jazz is concerned, with notable singers-songwriters such as Ivano Fossati and Giorgio Gaber and with a number of other outstanding artists in Italy and abroad.

He is also in great demand as a composer/conductor with different Symphony Orchestras (Orchestra “A.Toscanini” of Parma, Orchestra Regionale Toscana, Orchestra della Campania and others), being the winner of International Music Competitions such as the “Concorso 2 Agosto di Bologna” (2000, 2005).

He has performed all over the world: in Brasil, Japan, Australia, Canada, Usa, France, Spain, Russia, Finland, Indonesia and in many other countries.

As an educator, Guerrini has taught at the “Giuseppe Verdi” music school of Prato for 7 years, and now he’s a professor of Jazz Saxophone at the Conservatorio “Mascagni” in Livorno.

Has been invited as visiting professor at Monash University of Melbourne (2005, 2009, 2011 and 2012) and at UTAS in Hobart in Australia as well as at the Banff Centre for Performing Arts in Canada (2010, 2012), and has been the Keynote speaker at a Conference on “Musical Perspectives” at the Warwick University, in Warwick, UK in 2012. In 2013 he has been nominated as “adjunct fellow” at Monash University of Melbourne.