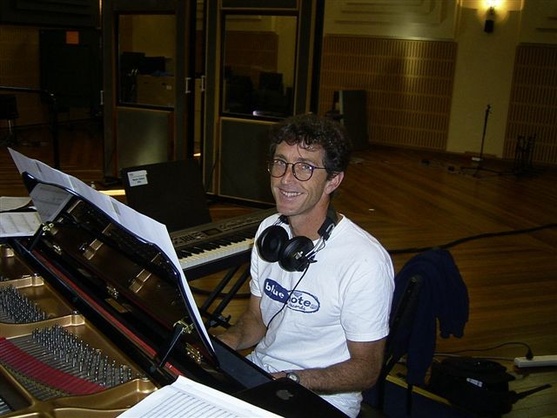 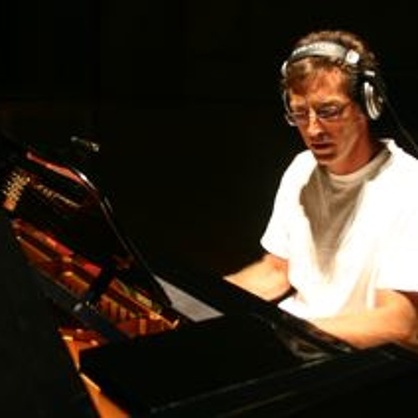 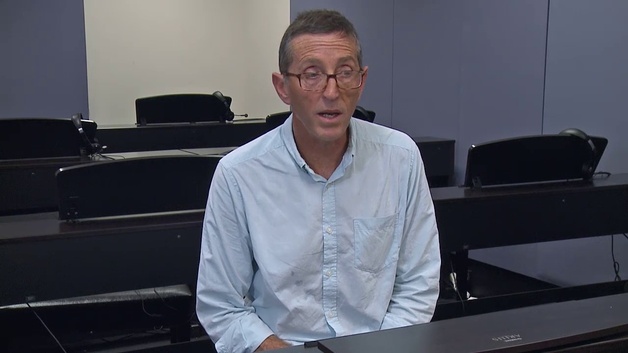 Michael Bartolomei has had an extensive career as a pianist, composer, and arranger for the past forty three years, having worked professionally since he was seventeen. In 1996 Michael composed both jazz songs and classical underscoring for The Sydney Theatre Company’s production of Shakespeare’s As You Like It. Critics described his work as “superb”.
In 1994 Michael produced and composed music with didgeridoo player Charlie McMahon for Gondwana’s C.D. Travelling, which has been widely sold throughout Australia, Japan and Europe. In 1992 Michael composed the soundtrack for the documentary Dive Deep.
In 1991 he contributed original music for the film Resistance. Michael also composed the music for the 1992, '94, and '95 Schwarzkopf Hair Awards. He has also regularly composed and/or played for library production music, and many television and radio commercials. (June 1997 – Michael’s solo piano playing is currently featured on a Nescafe and Qantas television advertisements)
For sixteen years Michael has worked with Kerrie Biddell as her musical director, arranger and accompanist. In 1996 Michael arranged and composed music for Kerrie’s latest C.D. The Singer. Performing regularly together they have played throughout Australasia including, the Melbourne, Perth, Adelaide, and Sydney Festivals, and the Auckland, York, Manly, Gold Coast, and Monsalvat Jazz Festivals.
In 1980 they recorded with her band Compared to What, Australia’s first digital album. Michael has also worked in many small and large jazz ensembles with many of Australia’s finest jazz musicians including: Scott Tinkler quartet, Jullian Lee, John Hoffman big band, Dale Barlow, Emma Pask, Errol Buddell, Keith Stirling, Ralph Pyle Big band, Fabian Hevia’s Mano a Mano, Nichaud Fitzgibbon,
Freddie Grigson, Jane Irving trio, Karlie Bruce, Brendan Clarke trio, Christine Sullivan, David Jones, Craig Walters' band, Nielsen Gough trio and The Sydney All Stars Big Band. He has also played with American trombonist Carl Fontana and trumpeter Chuck Findlay.

In 1981 he was awarded an Australian Arts Council International Fellowship Grant to study in New York with Dave Leibman, Hal Galper and Richie Beirach. In 1983 Michael was the winner of the Jazz Action Society Composition Competition for his work Stepping Fourth.

While studying at the Conservatorium of Music in Sydney, from 1976 to 1979, Don Burrows and George Golla recorded three of Michael’s compositions for their album Other Places Other Times, entitled after one of Michael’s pieces. During his career Michael Bartolomei has also regularly worked with many Australian and International artists including; Renee Geyer, Debra Byrne (as M.D.), Buddy Greco, Tina Arena, John Farnham, The Supremes (U.S.A.), Tommy Emmanuel, Monica Trapaga, Dan’elle Gaha, Jenny Morris, Normie Rowe (as M.D.), Fran Koyobe (Nigeria), John Williamson, David Atkins, James Morrison, Julie Anthony, Grace Knight, The Seekers, Dale Barlow, Dave Dobbyn, and Rick Price.
Michael has taught at the Australian Institute of Music since 2005 and has been working as an accompanist for the Open Academy.
In 2016 Michael completed a Masters Degree in Music at Sydney University through the Sydney Conservatorium of Music.