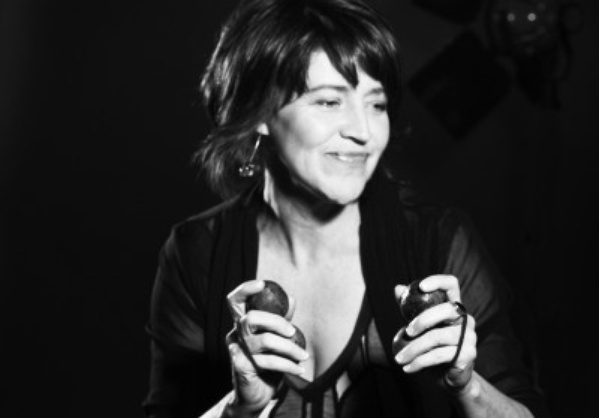 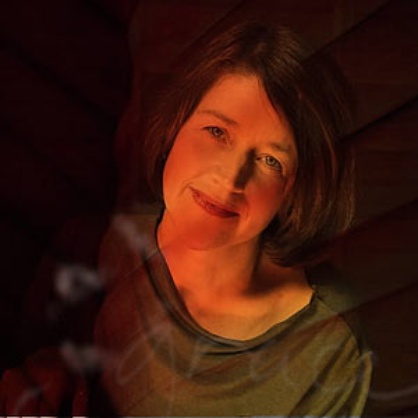 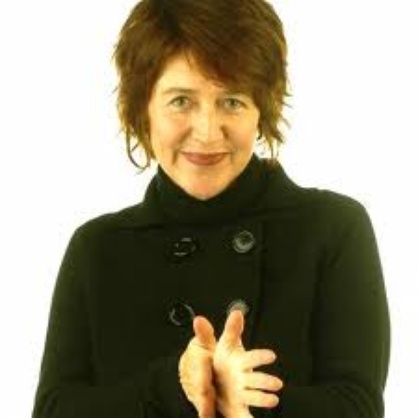 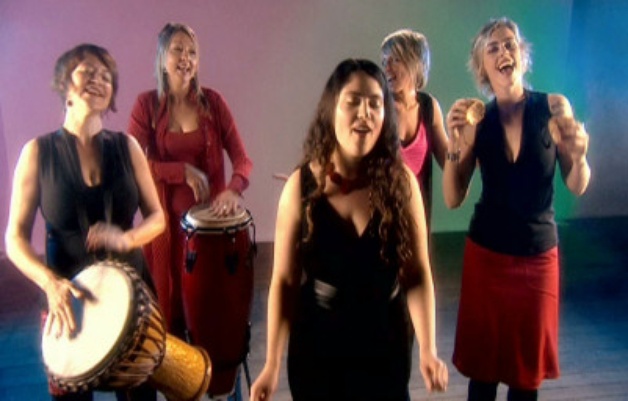 Lisa Young has studied music across a wide spectrum, from Jazz and Contemporary Improvised music to the aural traditions of India, Africa and Bulgaria. She is renown as an exceptionally creative vocal stylist and improviser incorporating Indian and African elements in her work. The highlight of much of her recent work is her exploration and creation of vocal works using a diverse vocal expression of wordless lingual sounds and varieties of meter and subdivision.

Many of her compositions layer Indian elements, rhythmic textures and vocal language that speaks from a personal 'sound bank' aesthetic built over many years as an improvising singer.

In 2010, Lisa was awarded the Pratt Post Graduate Award to commence at PhD in Music Performance at Monash University. She previously completed a Master of Music Performance (Voice) at the Victorian College of the Arts in 1998, which included a thesis in konnakol - South Indian vocal percussion.

Lisa's new song cycle The Eternal Pulse, is the major work she has created for her Music Performance PhD. It has made the 'BELL AWARDS' finals, being nominated for 'Best Australian Jazz Vocal Album 2012'

In 2003 her composition 'Thulele Mama Ya' (with Coco's Lunch) won Best Folk/World Song in the Contemporary A Cappella Recording Awards in the USA, and in 2007 her jazz quartet's most recent album Grace' won 'Best Australian Jazz Vocal Album 2007 at the Australian Jazz 'Bell' Awards.

Lisa has thrice travelled to India for advanced konnakol lessons with mridangam virtuoso Kaaraikudi Mani. For 2008-09 Lisa received an Australia Council Project Fellowship enabling her to further her konnakol study in India with Guru Mani, and compose new works.

Lisa is also a founding member of vocal and percussion group Coco's Lunch. They have recorded 6 albums of original music, receiving 2 ARIA nominations in 2007, and have toured extensively throughout Australia, Canada, Europe and Asia. In 2010 they were invited to perform at Polyfolia festival in France, a world show-case of vocal music. In 2012 they will perform at the Perth festival.

In the 90's she recorded and toured throughout Australia with the Jazz group Morgana.

Lisa studied South Indian Music (Ragas and Konnakol) in Australia from 1994-98 with Ravi and Narmatha Ravichandra , and has twice travelled to India to pursue further studies. Her first visit was an Asialink residency in 1997 to Mumbai of 2 months duration. She studied Ragas and Tabla Bols in Mumbai and visited Chennai to study konnakol with Mridangam virtuoso Karaikkudi R. Mani. Her second visit in 1998 saw her returning to Chennai for a month of advanced Konnakol studies with Mani, and the third visit was in 2008 as part of her Oz Council project fellowship.

She has been guest konnakol artist for various Indian ensembles, including Mani's ensemble at the George Wood Performing Arts Centre Melbourne, with the esteemed Indian flautist Dr. N. Ramani for The Melbourne International Festival, and she did a solo performance for the International Women's Association in Chennai in 1998. In 2012 she performed as guest artist at the Acadamy of Indian Music's TYME concert at the Kel Watson Theatre with her first guru M. Ravichandhira and associates. She continues to develop her unique expression of this artform, and remains in regular contact with Mani. Lisa and her double bassist Ben Robertson have been invited to collaborate with Mani and his associates in a cross-cultural project in Chennai.

Renown as a passionate and engaging workshop leader, she conducts vocal workshops Australia-wide. Her songs having been performed by choirs throughout Australia and in the USA. In 2008 she completed a commission for The Australian Voices choir 'OTHER PLANS' . They included her piece in their highly successful 2011 European tour. In 2009 she has been guest workshop leader with the Young Voices of Melbourne, The Australian Voices Festival, Brisbane Girls Grammar School and the Bendigo Youth Choir. She composed children's songs for television show 'Playhouse Disney', and is a contemporary voice teacher at the Victorian College of the Arts.

'She introduces the listener to new vistas. Check out the konnakol .... machine-gun like rhythms of her wordless vocals... To be listened to and savoured.' **** Leon Gettler, The Age Green Guide Dec. 06

'The sounds and rhythms of The Eternal Pulse wakened something deep inside me. Lisa's music spoke not to my ears but to my heart, leaving me tingling, and vibrant, then tears fell down my cheeks' Grace Knight

Words seem inadequate to describe the uniqueness of this extraordinary singer. A stunning vocal talent.' Billy Pinnell The Mag, Dec 06

'A highly individual singer.her voice is rich and supple, and her singing is obviously informed by more than just jazz.the music is often at once earthy and delicate, melodic and abstract.' - Doug Spencer, 24 Hours.

Their latest album The Eternal Pulse is a songcycle which explores a diverse musical expression, layering Indian elements, rhythmic textures and ensemble dialogue in an evocative journey of sound and song.

The sounds and rhythms of The Eternal Pulse wakened something deep inside me. Lisa's music spoke not to my ears but to my heart, leaving me tingling, and vibrant, then tears fell down my cheeks' Grace Knight

Their previous album Grace, released in 2006, represents a diverse musical journey, combining a crossover of Indian and African influences with an improvisational approach. The wordless pieces provide a basis for ensemble dialogue, while the works in song form express her soulful interpretation of contemporary life.

In 1999 the quartet released the ARIA nominated album Speak (featuring Colin Hopkins on piano) with assistance from the Australia Council.

'I found myself immediately enveloped in the warmth of Young and her ensemble. Young's voice - sometimes ethereal, sometimes earthy - acts as a physical extension of her lyrics, which describe the sense of joy that comes from living life to the fullest.' Jessica Nicholas, The Age - Wangaratta Jazz Festival Review