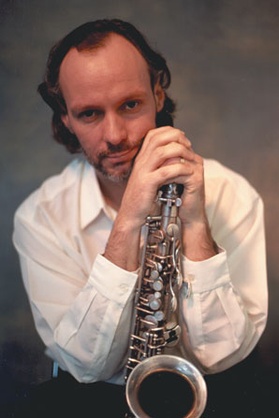 Lachlan has played the saxophone since he was twelve years old, professionally since 1984. Initially studying classical technique at school and completing A.Mus.A, he went on to graduate with distinction from the jazz course at the Victorian College of the Arts before launching into a career in the jazz/commercial scene in Melbourne.

He began teaching at the same time and has taught at Presbyterian Ladies' College as well as being resident arranger and composer there. An accomplished doubler on flute, clarinet and oboe, Lachlan works as a freelance musician in Melbourne in a variety of settings. He has featured with Stevie Wonder and John Farnham, played with Frank Sinatra, Ray Charles, and Maria Schneider and appeared on many CDs and on the soundtracks of many films. He featured on the film Peaches on solo clarinet, the score by David Hirschfelder.

Recently he has been writing and playing for the TV shows Dancing with the Stars and It Takes Two. He leads his own jazz quartet, “unLokked” which released a CD A Hot Night in Burwood in May 2000. Another album is in production. He has composed and arranged the score to a new musical version of The Getting of Wisdom. He has appeared as a soloist three times with the Melbourne Symphony Orchestra and plays lead alto with the Australian Art Orchestra and the Daryl Mckenzie Jazz Orchestra and Soprano sax with the Melbourne saxophone quartet.

He is also a published composer of solo saxophone, saxophone quartet and bigband works and writes songs too.

Lachlan is dedicated to the pursuit of excellence and great music. Lachlan is also a Mini Quest Catamaran Champion and can juggle four balls at once.