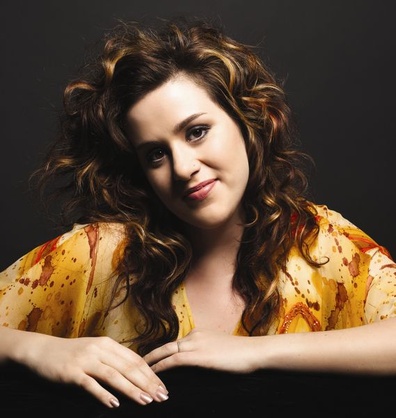 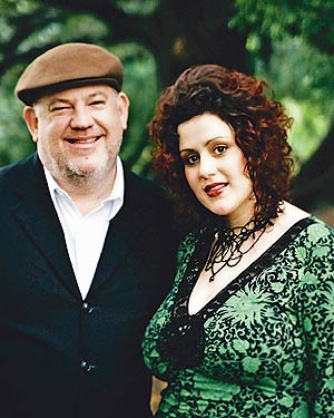 Her various releases include her folk trio’s self titled album  ‘Elixir’, the No. 1 selling classical album ‘Two of a Kind’ with her mother Maggie, her gold-selling top ten solo album ‘Skin’ and the acclaimed ‘Songs of the Southern Skies.’ She has also worked with the country’s top orchestra’s including her fruitful collaboration with Richard Tognetti and the Australian Chamber Orchestra.

Noonan’s affinity with Jazz shone through on the ARIA award winning album, ‘Before Time Could Change Us’. Recorded with revered pianist Paul Grabowsky, it captured the breathtaking beauty and emotion that characterises her work. In Noonan’s 2009 ARIA winning release ‘Blackbird’, she collaborated with an historic ensemble of iconic jazz players including Joe Lovano, Ron Carter, Lewis Nash and John Scofield.

With her band The Captains (Cameron Deyell, Stu Hunter and Declan Kelly) Katie’s 2010 release ‘Emperor’s Box’ saw the songstress sail towards a lush and organic band sound, with her trademark strong and inspired personal stories.

Always extending herself creatively, Katie continued to explore new ground in 2012 by devising and composing a song cycle, which was the basis for collaboration with contemporary Circus group Circa. Together they melded this cycle into a remarkable physical theatre piece called Love-Song-Circus, which premiered to rave reviews at the Adelaide Cabaret Festival.

Katie’s latest project is in duo with classical guitarist Karin Schaupp. ‘Songs of the Southern Skies’, features an abundance of heart breakingly beautiful re-creations of iconic Australian and New Zealand’s compositions – both classical and contemporary. With special appearances from IvaDavies, Gurrumul, Maori diva Whirimako Black, Sydney Symphony oboist Diana Doherty, young members of Brisbane’s Voices of Birralee, Clare Bowditch and The Living End’s Chris Cheney,this album leads us down an incredible path of emotion that only the intimate combination of Noonan’s angelic and versatile voice and Schaupp’s lyrical and fiery guitar can render.