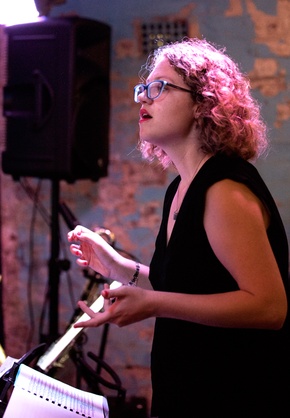 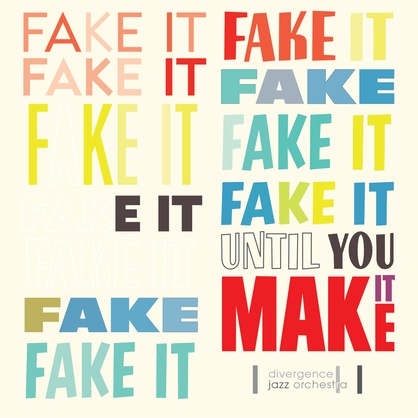 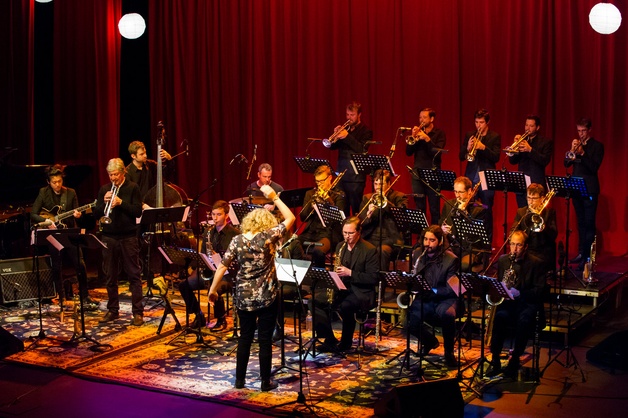 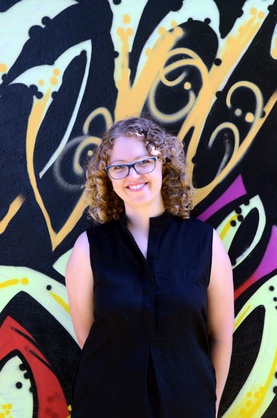 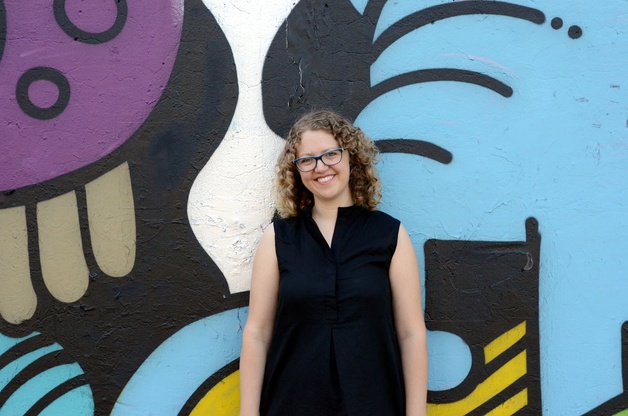 Jenna Cave (b.1984) is an Australian composer, bandleader/conductor and saxophonist who is most known for her contemporary jazz big band music. She is a leader of the 18-piece Divergence Jazz Orchestra and works as a passionate music and jazz educator in Sydney.

She began her professional musical life as a young jazz saxophonist in Canberra, where she studied saxophone with John Mackey and then jazz arranging and composition with Miroslav Bukovsky at the ANU School of Music, graduating in 2006. Cave moved to Sydney in 2008 to study a Master of Music (composition) at the Sydney Conservatorium of Music with Bill Motzing.

In 2012 Cave formed Divergence Jazz Orchestra with Paul Weber and continues to lead the group as the conductor, resident composer and co-director.  Made up of 19 of Australia’s leading young jazz musicians, their wide repertoire showcases music by contemporary Australian composers. Divergence Jazz Orchestra have released two albums conducted and produced by Cave, The Opening Statement (2013), a showcase of Cave’scompositions, and Fake it Until You Make It (2016); featuring 6 of her pieces alongside four by other band members and Australian composers. The albums have been highly praised in Australian and abroad, with 4 starts reviews in The Australian and on international jazz blog All About Jazz, and featured on ABC Classic FM, Radio National, ABC Jazz, Chicago’s Jazz Radio and BBC amongst others.

Jenna Cave has worked as a composer with other groups around Australia and internationally. In 2015 she was commissioned to compose two new works for the 10-piece Sydney Women’s Jazz Collective, featuring Sandy Evans, which were premiered at the 2016 Sydney International Women’s Jazz. In November 2016 her 13-minute work Trilogy For Strings is being performed in St Petersberg by international String Orchestra Warm and Peace, Conducted by Hoshimi Sakai, while her 2010 String Quartet No. 1 will receive it’s world premiere at a recital curated by bassist and ensemble leader Ron Wasserman in NYC in December of this year.

Other composition commissions of note include three pieces as the WA Youth Jazz Orchestra’s 2011 composer- in-residence and a piece for sextet (featuring Norwegian saxophonist Froy Aagre and pianist Andrea Keller) for the 2010 Melbourne International Women’s Jazz Festival. Her work Odd Time in Mali was included on the Sirens Big Band’s album Kali and the Time of Change (2012), and three of her large ensemble works were featured on a collaborative album Take it in Colour(2006) which she co-produced while studying at the ANU in Canberra. Cave has also been commissioned to compose for the screen, including the score and songs for a short musical Blackbuster broadcast on ABC TV and screened at the 2012 Sydney International Film Festival.

Cave’s compositions have been performed live by other notable groups such as the Bennett’s Lane Big Band (2007 Melbourne International Women’s Jazz Festival), the Sydney Con Big Band (2010 Shanghai World Expo, 2008 Wangaratta Festival of Jazz, et.al) and the Daryl McKenzie Jazz Orchestra (at their monthly resident gigs, 2010 to 2012). Cave has also written music for chamber ensembles and solo instruments, and has been awarded full composer representation with the Australian Music Centre.

Divergence Jazz Orchestra is made up of nineteen of Sydney’s most accomplished young musicians led by Jenna Cave (conductor/composer) and Paul Weber (trombone). Their sound brings the spirit and tradition of improvised jazz music to the 21st century big band; where captivating grooves, memorable melodies and expressive orchestrations are executed with outstanding musicianship and soul with rhythm as its cornerstone.  Following a highly acclaimed debut album release in 2013, the Orchestra now releases ‘Fake It Until You Make It’ – a brand new CD, featuring original music composed by Jenna Cave, Brendan Champion, Luke Davis, Paul Murchison and Miroslav Bukovsky – performed by some of Sydney‘s most versatile young jazz musicians.

What remains to be said about Divergence is that it enjoys an obvious advantage over most other contemporary jazz groups: like its very name it diverges from the crowd, it has its own rules and doesn’t follow trends. And so what we have is a group of young, fresh and exuberant composers and musicians who have joined forces to create their own exciting take on the world of jazz. When you hear this album you will be assured that jazz orchestras are alive and well, and as ‘happening’ as ever.
- Samuel Cottell