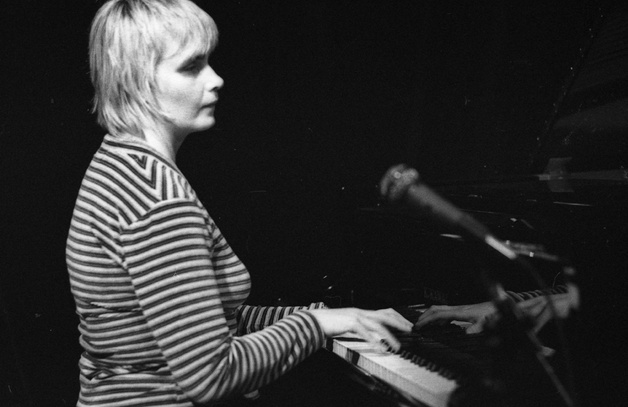 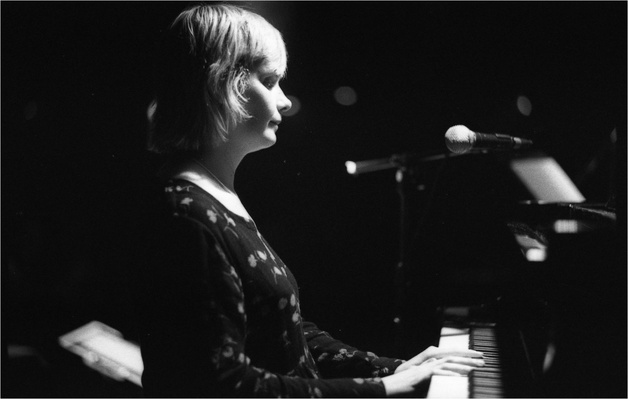 Jann Rutherford, the jazz pianist, composer, teacher and poet who was a prominent and unique musical force in Australia and New Zealand, died of cancer at the age of 38.

Her fight with the cancer diagnosed on her tongue and lymph gland was the final chapter in a life studded with a bravery that bordered on heroism, although Rutherford herself would have been quick to dismiss such an assertion. Blind from birth, she pursued the zero-security, artistically high-risk career of the jazz musician, moved by herself from New Zealand to Sydney to further this career, eked out a living and confronted her cancer and its treatment with typical optimism and courage.

Born in Dunedin, New Zealand, in 1964, Rutherford began learning the piano when three years old after she had been attracted by the sound of her neighbour’s instrument. In 1977 she was awarded the Sir Denis and Lady Blundell (Governor-General) Homai College prize “for showing outstanding determination”, and continued her extensive studies of classical music until 1984.

The next year she gained a diploma in Executant Music from Wellington Polytechnic, majoring in jazz, and her career path was established. She began performing regularly in that city, and recorded for radio and TV.

Her move to Sydney in 1989 would have been a daring step for any young jazz musician trying to make it on a bigger stage; to do it alone and sightless was remarkable. She attended the Sydney Conservatorium, where she gained an associate diploma in jazz studies (with Mike Nock and Roger Frampton among her teachers) and an associate diploma in music teaching. In 1993 this array of qualifications was augmented by the Licentiate Trinity College, London.

Meanwhile, Rutherford had made an impact on the Australian jazz scene. She worked with the singer Kate Swadling and fellow New Zealand (and blind) pianist Julian Lee. In 1990 she entered the National Jazz Awards at the prestigious Wangaratta Jazz Festival, and was runner-up a result she duplicated the following year. She won the competition in 1993, when she was also nominated for a Mo Award.

Rutherford led several bands, including a trio with the leading bassist, Craig Scott, and the doyen of Australian jazz drummers, Alan Turnbull, and she enjoyed a lengthy collaboration with the versatile saxophonist Paul Cutlan. In 1999 she recorded an outstanding album of solo piano called Discovery (Tall Poppies).

This revealed many of her strengths as both a pianist and composer: the beauty of her touch and choice of voicings; a flair for releasing tension (both musically and in the listener) and for resolutions; a deeply intuitive understanding of the use of space; a narrative sense to bind her improvisations into extended coherent statements.

Her music eschewed any aggression, even shying from anything overly robust in favour of an exquisite delicacy, beautifully exemplified by the title track, Discovery. If soft watercolours predominated over bright oils, nonetheless her music often carried a buoyant and infectious optimism, as on Expectations from that same album.

“I just love jazz,” she told the Herald. “I like the sound of the piano and the fact that you can do so many things with it.” As Mike Nock observed in the liner notes to Discovery, “Jann Rutherford is a wonderful pianist … [who] explores many moods in which her beautiful sound, sensitive ear for harmonic nuance and warm expressiveness are heard to full advantage.” Rutherford also worked with the singer Christa Hughes, accompanying her in the successful cabaret Beer Drinking Woman, which was spiced up by the pianist’s witty asides and quips. She sang in the stunning Martenitsa Choir, worked for the Royal Blind Society, wrote poetry, and collaborated with the composer Romano Crivici (from Electra String Quartet), on a presentation at the Powerhouse Museum called Sounding The Museum, which allowed people to experience the facility through hearing rather than sight.

Diagnosed in May 2002, her cancer required intensive radiotherapy. After six weeks of this she made a super-human effort to fulfil a concert commitment at the Side-On Cafe in late June, leaving barely a dry eye in house when she dedicated the performance of Expectations to herself.

A final testament to her considerable gifts came with the album The Scented Garden, on which her quartet gave scintillating renditions of 10 Rutherford compositions. It was released posthumously.