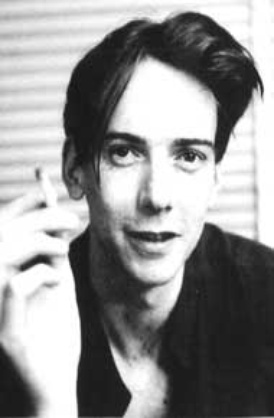 Jamie was an extremely talented piano player,keyboardist, composer and improviser who started as a quite brilliant jazz player and ended up as an experimental electronic wizard. His music was often bleak and could be extremely noisy at times. He died in a train accident. He never made an album in his life time and he was barely known in Australia except to the musicians who worked with him.

The Australia Council ignored him as did most of the musical establishment. In many respects Jamie’s unfulfilled career was a paradigm of what can happen to an original talent swimming unsuccessfully in a sea of over powering mediocrity. It is fair to say that Jamie's influence on the improvisation scene in Australia was profound, his sudden exit shocked all of us.

Martin Jackson and Michael Sheridan are to be congratulated on the 3 CD set ‘Notes from the Underground’ (1998) that traces Jamie’s short but sparkling life.

My most endearing image of Jamie was his appearance in the last of the chaotic Slaughter House concerts at Jenny’s wine bar in Sydney in 1983. Somehow he had broken his right arm in an accident. This was used to effect some forearm smashes on the already over used keyboard as his left hand roamed freely over the rest of the keys while at the same time replacing the ever present cigarette dangling from his smiling mouth. Great musician, great guy.

I also remember a recording session in which he and Chris Abrahams both played DX7 keyboards. Jamie initiated a game of chance (or was it more Russian Roulette) by which each player swopped their extensive collections of external memory cards as fast as their fingers could load, play, and remove them. It was hysterically funny and musical potent too. A use of factory electronics way beyond what Mr. Yamaha ever intended and to my way of thinking, a distinct improvement!