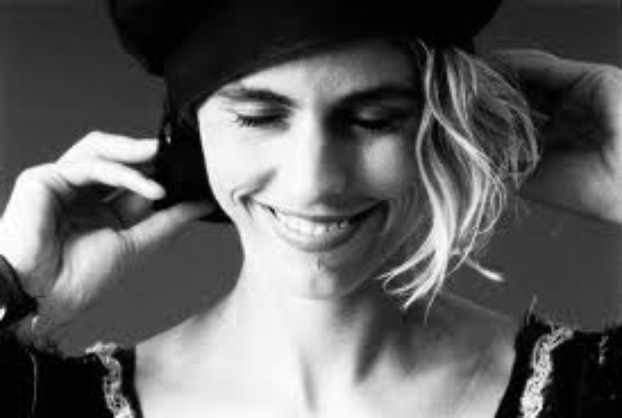 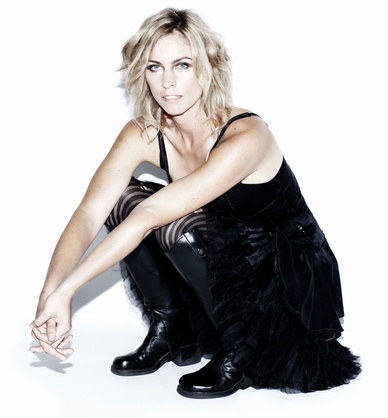 Jacqueline is most known for her work as a longstanding singer/composer/percussionist with internationally award-winning vocal quintet Coco's Lunch. In recent years she has become one of Australia's most spontaneous and original singer/songwriters, drawing on her history as a contemporary jazz singer and integrating an improvisational approach with jazz harmony and pop/rock influences. Her vocal sound and musical interpretations are edgy, sensuous and compelling, and her quirky poetry underpinned by a sense of social inquiry and a love of travel, the natural world, and all that makes us human.

In 2010 Jacqueline released her debut solo album AMBROSIA with the Jacqueline Gawler Band. Funded by an Arts Victoria grant, Ambrosia presents a feast of intelligent yet accessible songs in an indie jazz/rock vein, showcasing Gawler's composing talents and the skills of a formidable live band: Fran Swinn (guitars, loops), Christopher Hale (electric bass, percussion & other stringed instruments) & Ben Hendry (drums & percussion) with additional programming by Hadyn Buxton, as well as many of Melbourne's finest musicians as special guests. Ambrosia was engineered, mixed and mastered by Hadyn Buxton, and the project co-produced by Gawler & Buxton. Ambrosia was released to excellent reviews and a packed house at the Northcote Social Club in Melbourne with Gawler's 9 piece band.

'The most intriguing composition is the rapid-fire Varkala, sung so quickly it is almost mandatory to have the lyrics handy at first listening. The deft pacing as Gawler takes us through "ocean blue clean sheet sand feet blue sky blue eyes voice floats men gloat fishing boat bloated goat" is full of playful energy and the expressive words conjure split-second images that stay in the mind. This song, as well as the rhythmically strong and vocally adventurous Sahara nights, demonstrate Gawler's talent as a songwriter of intelligence, with a sense of poetry and a love of language...' Ausjazz Blog 2011

Ambrosia was launched in Rio De Janeiro BRAZIL in 2011 with some of Rio's finest musicians including Sergio Brandâo on bass (Sergio Mendes), Renato Fonseca on keys (Djavan, Jay Vaquer) & Lucio Vieira on drums.

Jacqueline is a first-class Honours graduate from the University of Melbourne, where she completed a double major in languages in 2000. She was awarded 2 Melbourne University Language Scholarships to study in both Japan and Italy, and in 2003 her Italian Honours thesis was published in the form of several articles (co-authored by Dr. Stephen Kolsky) for various Italian literary journals. Trained classically on piano and voice since an early age, Jacqueline commenced her singing career in 1994 with Jackie Gaudion's Angels of Soul, who recorded for Jim McLeod's Jazztrack on ABC Classic FM. In 1998 she studied at the Berklee Jazz Clinics in Italy and has since worked and recorded as a freelance singer with many ensembles in Australia and overseas, performing at festivals and venues throughout Australia, Asia & Brazil.

Since 1996 Jacqueline has been a full-time singer/composer/percussionist with award-winning iconic vocal/percussion quintet Coco's Lunch, who have toured throughout Australia, Singapore, Hong Kong, Shanghai, Laos, Canada, New Zealand, France, Germany & Austria. The group's 6 original albums have been nominated for CARA, ARIA, APRA and Australian World Music Awards. In 2003 Coco's Lunch won Best Folk/World Song and Runner Up Best Folk/Word Album at the USA Contemporary A Cappella Recording Awards and in 2007 they received a double ARIA Nomination for Best World Music Album (Blueprint) and Best Children's Album (Rat Trap Snap!). Jacqueline's vocal composition for Coco's Lunch 'On My Skin' was performed by Stephen Leek's Australian Voices and was recently selected to feature on the 'GET VOCAL 2012: The Best Of Contemporary Australian A Cappella' CD - to be released on a major US record label. Her Coco's Lunch song 'Palani Princess' also featured on the Polyfollia 4th World Choral Showcase compilation album in 2010.

Jacqueline is also a West African percussionist and in 2007 traveled to Senegal in West Africa to study 'dunun' (bass drums) in the Malinke tradition with Master Drummer Aladgie Malo Sonko. She now performs traditional West African music in performances & workshops with Drummergirl and AFö, with whom she released the Arts Victoria funded EP Speak in 2008. In 2012 she traveled to Bali, Indonesia to for intensive djembe study with Internationally renowned educator and Grand Master Mamady Keita.

Jacqueline was a composer for the hugely successful Australian/Canadian children's television series Saddle Club and in 2005 was the recipient of the Montsalvat Trust Encouragement Award for Original Composition for her song On My Skin, which has now been selected for inclusion in Australia's first ever Jazz Real Book. She is also the voice of the 9 piece outfit 'Picture Box Orchestra' - an Indian classical/Jazz/electro ensemble led by violinist/composer Alies Sluiter (Nitin Sawnhey, Natalie Imbruglia) and also featuring renowned vocalist Faheem Mazhar (UK/Pakistan). Jacqueline recorded on the Picture Box Orchestra's self-titled debut album in 2011 and performs at major festivals and events with them, including the 2012 Australasian Performing Arts Market (APAM) at Adelaide Festival Centre.

In 2009 Jacqueline sealed her passion for Brazilian music by traveling to Brazil to record a pop album with many of Rio de Janeiro's most acclaimed musicians including Armando Marçal, Sergio Brandâo, Renato Fonseca & Joâo Castilho (due for release in Australia, Asia & Brazil in 2012). She also recorded a duet in English & Portuguese with Brazilian pop star Jorge Vercilo, also to be released in Brazil in 2012. In 2011 Jacqueline returned to Brazil for a 6 month stint to study Portuguese, launch her debut album Ambrosia there, film the music clip for 'Sahara Nights', and immerse herself in the local culture and music. She is currently writing lyrics for the new album by Brazilian Sony artist Paulinho Loureiro.