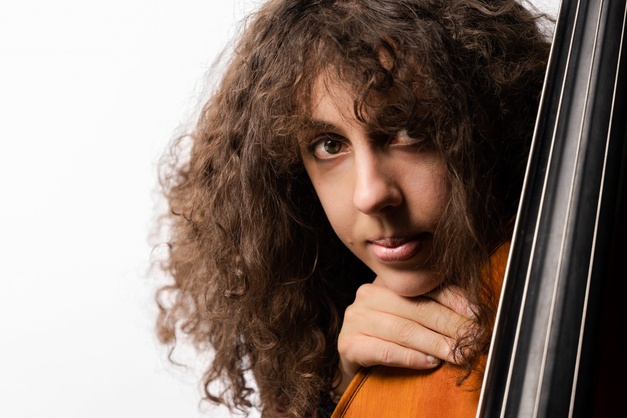 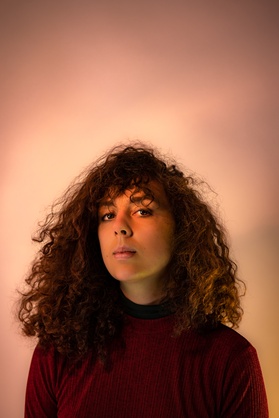 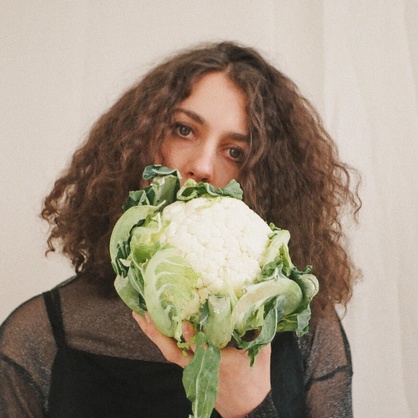 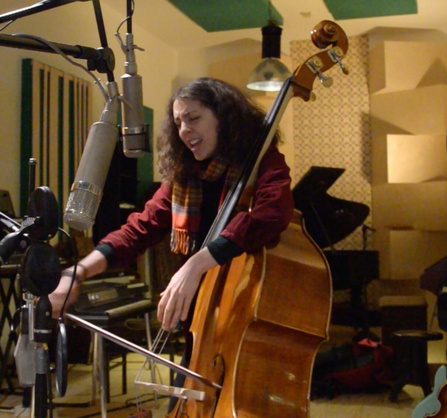 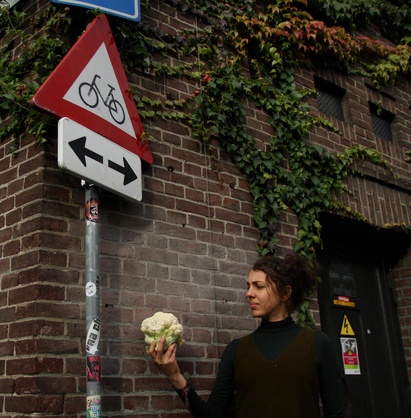 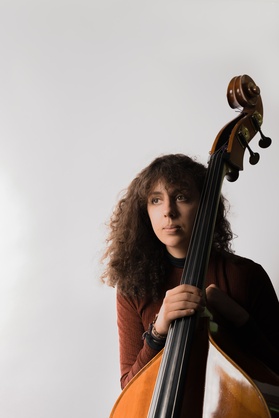 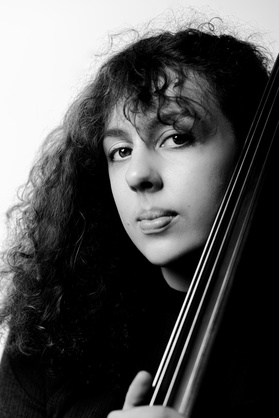 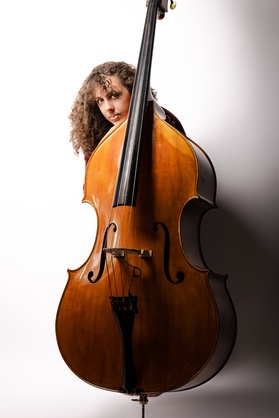 Helen Svoboda is a double bassist, vocalist, composer, and nature-enthusiast.

‘With a deep awareness of extra-musical concepts that shape inventive improvisation, and great art.. ‘ (Steve Newcomb, AUS), she draws influence mainly from vegetables, flowers and the genres of minimalist neo-classical music to folk and experimental jazz. With a steadfast ‘desire and ability to create and perform original music’ (Rafael Karlen, AUS), Svoboda has developed a distinctive sound across many different musical avenues. Pursuing a passion for unusual combinations of instrumentation, she is defined not by genre, but by her addiction to music and her love of exciting creative environments (both plant and non-plant related).

With Finnish/Australian heritage, Svoboda has spent the past two years in the Netherlands, specializing in soloistic double bass composition with inclusion of voice - particularly focused on the overtone series. Driven by the spontaneity of improvisation and the novelty of large wooden instruments, she emits a carefree, quirky energy into all aspects of her artistic practice, with a flair for ‘allowing difficult ideas to sound whimsical and free’ (Kristin Berardi, AUS). Her colourful inner being channels facets of childlike playfulness and raw intensity amidst a ‘purposeful storm’ (Charlotte Haesen, Jazz Maastricht), her music combining 'soaring vocalisations ... twisted with intense displays of double bass' (Scott Murphy, Heavy Blog is Heavy 2020), with the sole aim of honest, soulful sentiment.

Svoboda has also featured on albums across a range of other projects: she was recently invited as a special guest as part of Sebastian Gramss' Hard Boiled Wonderland (2020) in which she composed and performed a spoken-word piece about the Australian Bushfires; Niran Dasika's Assorted Drones (2020); Caleb Colledge’s folk/spoken word album Yarns (2018); and a number of improvised trios including an upcoming collaborative release with Melbourne pianist Joseph O’Connor (Aus National Jazz Award Winner) and Timothy Green (drums).

As a composer and musician, Svoboda channels the influence of some of her favourite artists including Charlie Haden, Debussy and Phillip Glass… ‘largely inspired by minimalism, her pieces feature energy and momentum from the bubbling rhythmic and melodic patterns; always familiar, yet never exactly the same’ (CutCommon, AUS). She has written works for a number of ensembles other than her own, including 'Space Junk’ which was performed at the 2018 Adelaide International Guitar Festival by 28-piece classical guitar orchestra Aurora Guitar Ensemble, and ‘Eavesdropping’ - a commissioned work as part of the Trading Fours project (QLD Conservatorium of Music) in which she translated elements of coffee addiction into a three-part suite for jazz sextet (premiered October 2019). Recently she was also commissioned to write and perform a piece for Dutch coffee roaster Blanche Dahl (2019) as part of a private showcase for thirty local baristas, and has already garnered interest in her solo bass scores, several of which have been published online at the ‘Contrabass Conversations Online Music Library’.
~~~~~~~~

That’s one of Svoboda’s greatest strengths as a songwriter; she shifts between jazz and classical tendencies so seamlessly, and in general, her compositions are always eclectic and engaging.
-Scott Murphy, Heavy Blog is Heavy - 2020
As an ‘indispensible part of the Brisbane jazz, improvised and experimental music scenes’ (Erik Griswold, AUS), Svoboda has performed with artists including Joe Chindamo (AUS - MO Award Winner), Emma Pask (AUS), Erik Griswold (AUS), Kristin Berardi (AUS - Montreux Jazz Festival Vocal Competition Winner), Katie Noonan (AUS - ARIA Award Winner), Cory Smythe (NYC - Grammy Award Winner), Sebastian Gramss (Cologne), Tamara Lukasheva (Cologne) and Mike Roelofs (Netherlands). // She has performed at venues including the Brisbane Powerhouse, Jazzlab (Melbourne), Stadtgarten (Cologne), Bonnefantenmuseum (Maastricht) and MONA (Museum of Old and New Art - Tasmania) and at festivals including the Queensland Music Festival, Woodford Folk Festival, Unknown Orbits Festival (Maastricht), Hasselt Jazz Festival (Belgium) and Clocked Out’s Easter @ The Piano Mill (Stanthorpe). Last year she attended the renowned BANFF International Workshop for Creative and Improvised Music (2019) under the mentorship of Tyshawn Sorey, Vijay Iyer and Okkyung Lee, and was recently awarded the 2019 QLD Jazz Award with ‘The Biology of Plants’ as well as both the 2020 Maastricht Jazz Awards and the 2019 Maastricht Award for Innovation in Music with MEATSHELL for their debut immersive theatre production “Peaceful Co-existence” which the duo wrote, produced and performed in. Most recently, she was awarded the renowned 2020 Freedman Jazz Fellowship in Australia for her work as a bassist, vocalist and composer, and also the Pathfinders Associate Artist position with the Australian Art Orchestra, commencing in Melbourne in November 2020.
Svoboda has recently completed a Masters of Music at Conservatorium Maastricht (NL) under the guidance of Matthias Nowak (Cologne), John Goldsby (WDR Big Band - Cologne), Sebastian Gramss (Cologne), Robert Landfermann (Cologne) and Dieter Manderscheid (Cologne).

She was recently appointed as the Pathfinders Associate Artist for 2020/2021 with the Australian Art Orchestra, based in her new hometown of Melbourne.