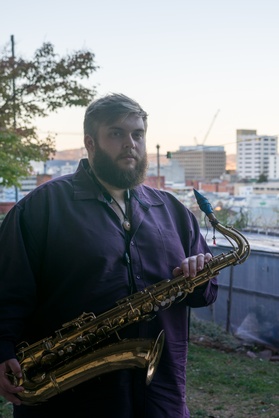 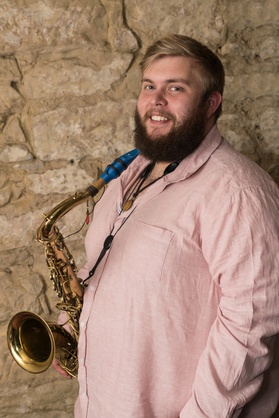 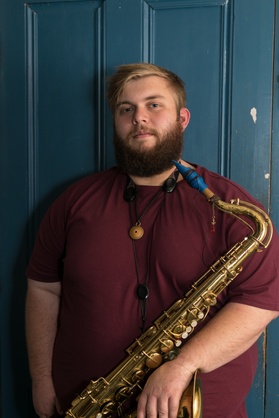 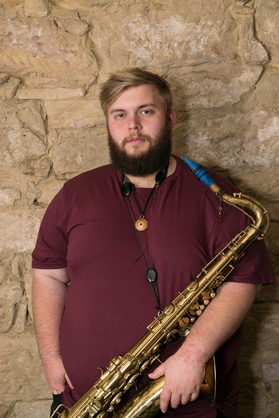 Gus Leighton is an Australian contemporary tenor saxophonist, composer and arranger based in Hobart, Tasmania. Growing up listening to a variety of music, Gus soon developed an affinity with the sounds of jazz and country music which have had a significant impact upon his career. Gus’ improvisational and compositional language is heavily influenced by Lester Young, Dexter Gordon, Stan Getz and Wayne Shorter. These four saxophonists have become the focus of Gus’ PhD study at the University of Tasmania. His thesis is (currently) titled ‘Creating an original sound: a study of Lester Young’s improvisational language, its influence on Stan Getz, Dexter Gordon and Wayne Shorter, and, how this has informed my development as an improviser.'

Gus is primarily known for his work as a saxophonist, vocalist, composer, arranger and bandleader of ‘Uncle Gus and The Rimshots’ and ‘The Gus Leighton Quartet’ but also performs at a variety of different festivals/events as an accompanist as well.

So far in 2020, Gus has released two new albums that features a majority of his original compositions. These albums are “Chilli Con Carnage” (Uncle Gus and The Rimshots) and “Carrington” (The Gus Leighton Quartet). Gus still has a few new projects to be announced for 2020 so keep an eye and a ear out!

Gus is making a name for himself on the Hobart music scene as a hardworking, passionate musician who brings unbridled energy and enthusiasm to any project he is involved in.

Gus is proud to be a representative artist of Bari Woodwind Inc. and Syos Saxophone Mouthpieces

All Fires the Fire “Songs of the Silent Age”