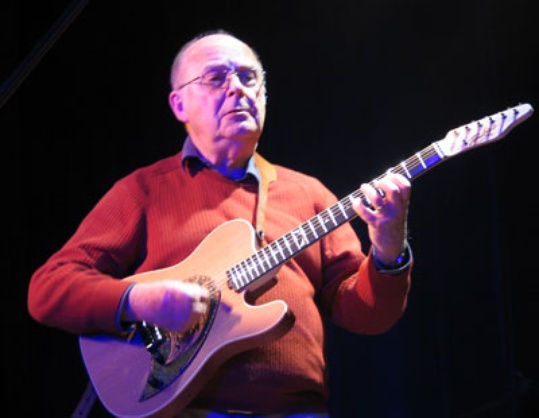 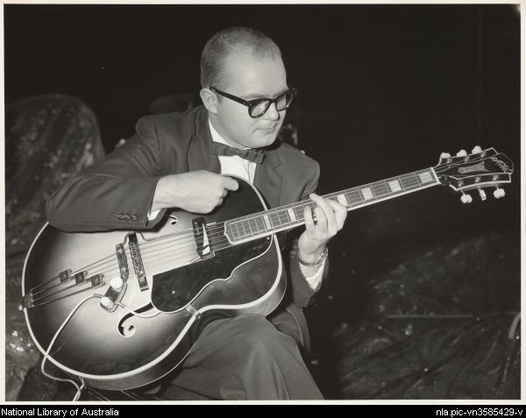 George was born in Chorzow, Poland, 10th May 1935. After studying clarinet, saxophone, trumpet, bass and flute as a youth, he switched to guitar at the age of 21. His first professional experience was with Gus Marzi in the opening stages of Australian television. A long career as a studio musician followed, interspersed with appearances at the El Rocco, Sky Lounge and other jazz venues of the `50`s and `60`s. George teamed up with Don Burrows in 1957, a relationship still active today.

With Don, and other Australian musicians, he performed at "Expo `67" in Canada, "Expo `70" in Japan, Montreaux and Newport Jazz festivals in 1972, toured Brazil with Don in 1977, Europe and the Middle East the following year. A great deal of travelling around Australia and New Zealand was, and still is, a constant part of the agenda. George performed for 14 years on Eric Jupp`s "Magic of Music", "The Bryan Davis Show", Don Lane`s "Tonight" shows, "Bandstand", and many others. George has many records under his own leadership, and many with Don Burrows. His record "Lush Life" was voted "Jazz Album of 1986" by the ARIA panel. In 1985 George Golla was awarded the Order of Australian for jos services to music.