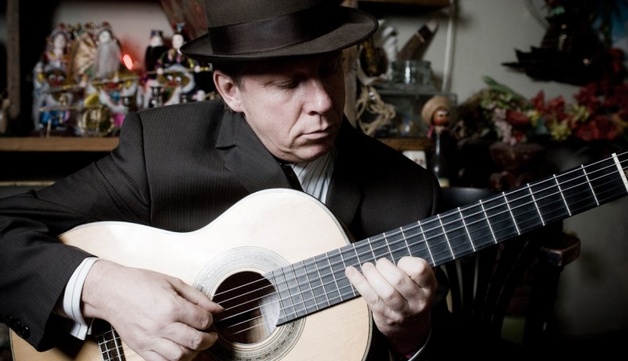 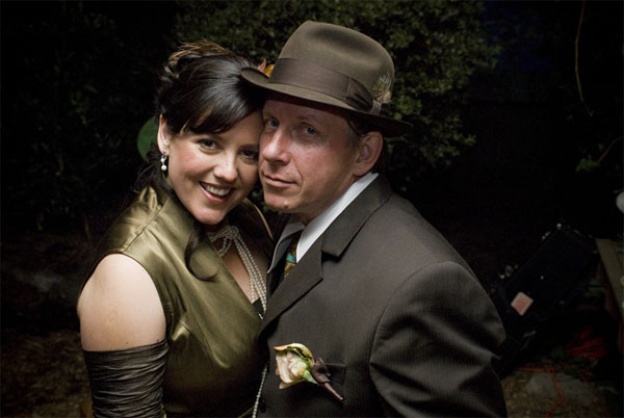 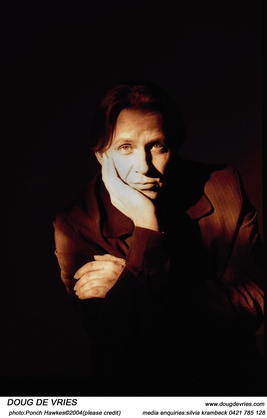 Doug de Vries – brilliantly ranks high at the forefront of international guitarists and is a jazz musician of world class. He is Australia’s foremost experienced and versatile jazz guitarist and composer, excelling in many musical genres from jazz to choro, samba and bossa nova; styles that form the basis of Brazilian popular music, and he is also considered Australia’s leading exponent of Brazilian guitar repertoire. Doug de Vries is particularly noted for his sophisticated accompaniments, deep knowledge and daring improvisations in jazz and other settings, be it solo guitar or in ensembles. Doug has widely toured and performs solo as well as accompanying vocalists and other instrumentalists internationally.
Working in close association with Doug de Vries, Australian singer-songwriter Diana Clark has earned her reputation as a persuasive interpreter of Brazilian Jazz. Diana’s beguiling, soothing voice brings to life original songs laced with poise and depth while mixing English with Portuguese over a bed of guitar & piano. Supported by the sparkling guitar mastery of Doug de Vries & sublime piano accordion of Stephen Grant, Diana’s contemporary singing style comes from a Jazz and A cappella music background (she was a founding member of internationally acclaimed voice+percussion group Akasa). Diana Clark regularly tours Australia, Brazil and the Pacific performing with jazz guitar master Doug de Vries.

His sophisticated & delicate accompaniments, combined with daring improvisations earned him the Australian Critics Award for best guitarist in 1991. He has toured and recorded with major artists including: Diana Clark, Andrew Pendlebury, Christine Sullivan, Kate Ceberano, Paul Grabowsky and Judy Jacques from Australia, Barbara Morrison and Andy Bey from the United States and Yamandu Costa, Mauricio Carrilho and Lula Galvao from Brazil.

In 2004 Doug was acknowledged for his contribution to Australian music, receiving a two-year fellowship to continue his long-standing devotion to the study and performance practice of South American music, embarking on another research and recording venture to Brazil. There he collaborated with the Choro legend, Mauricio Carrilho recording a new album of original works ‘Jacaranda’ released by Acari Records in 2007, making him one of the select few outsiders to be acknowledged by his peers in Brazil – further confirmation that Australia has produced a jazz guitarist of international stature and a prolific composer for the instrument.

Other notable recordings include: ‘Agua e Vinho’, a selection of Brazilian classics that impressed Egberto Gismonti so much that he released it on his own label, Carmo, ensuring world wide distribution by ECM records. ‘Lantana Lovers’, a comprehensive document of original music along with new arrangements of choro gems featuring collaborations with pianist/accordionist Joe Chindamo and guitarist Slava Grigoryan. This was followed by ‘Three Shadows of Blue’, a collection of bossa nova classics featuring vocalist Diana Clark, boasting intimate duo settings of songs by Tom Jobim and Milton Nascimento.

Apart from freelancing as a soloist and musical director, Doug has established the Brazilian music course within the Bachelor of Australian Popular Music Degree at NMIT. He also teaches at Monash University in Melbourne, inspiring and fostering a new generation of musicians and academics. There he has initiated along with Rob Burke, Head of Jazz and Popular Music studies, a cultural exchange with outstanding musicians from Brazil.

Melbourne guitarist Doug de Vries has long been revered for his magical playing and willingness & determination to explore new sounds and styles… (His) artistry is eloquent, joyous and exuberant…” Herald Sun.(Melbourne)
“De Vries and Clark feel the music of Brazil down to their bones. His guitar is full of romance and her voice is so intimate it could make you blush. Australia may be halfway around the world from Brazil but you’d never know it from listening to their CDs.” Cadence Magazine, 2005 [USA].
“Singing in Portuguese, Diana’s light, melifluous voice perfectly compliments de Vries’ virtuosity on the 7 string guitar. Marrying old and new sounds, they manage to remain faithful to the ‘musica brasileira’ genre while retaining a strong Australian sensibility.”Lily Bragg, The AGE [Melbourne].

“Melbourne guitarist Doug de Vries has long been revered for his magical playing and willingness & determination to explore new sounds and styles… (His) artistry is eloquent, joyous and exuberant…”
- Herald Sun [Melbourne].