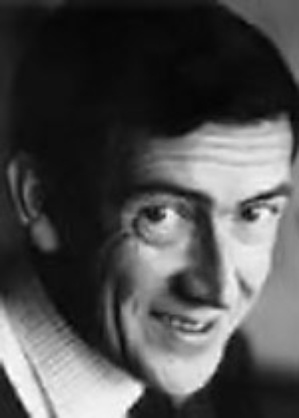 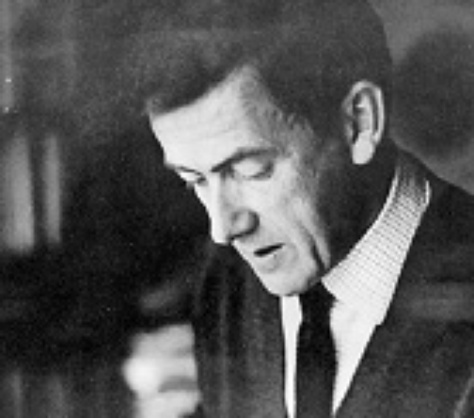 Born in 1923, Don Banks's studies in piano and musical theory commenced at the age of five. His father, a professional jazz musician who played trombone, alto saxophone and percussion, led his own band and Banks learned to play the various instruments that inevitably surrounded him in his early years. Often he would 'sit in' with his father's band, and later he earned his living as a jazz pianist and trombonist with bands such as that of Roger and Graeme Bell, where he gained valuable experience as an arranger and orchestrator. Jazz was Banks' earliest and strongest musical influence and his enthusiasm for it never waned. At various times throughout his life he gave broadcasts and lectured on jazz music, and in 1977 was co-adjudicator of the NSW State Government prize for a Jazz Composition.

Between 1941 and 1946 Banks served with the Australian Army Medical Corps. He studied piano, harmony and counterpoint privately during the last two years of his service and subsequently studied at the University of Melbourne Conservatorium of Music, majoring in piano and composition and studying under Waldemar Seidel (piano), A.E.H. Nickson and Dorian Le Gallienne (composition), In 1950 he left for Europe, studied composition privately with Matyas Seiber for 2 years. Seiber placed great emphasis on intensive analysis, and this period of study was to be a decisive influence on Banks.

In 1952, Banks co-founded (with Margaret Sutherland) the Australian Musical Association in London, which became a vital platform for Australian composition. Also in 1952, he attended the Seminar in American Studies Summer School in Salzburg, where he studied under Milton Babbitt, and then travelled to Florence on an Italian Government Scholarship to study composition and orchestration with Luigi Dallapiccola for a year. In 1956 Banks was selected by Youth and Music ( London) to attend a Composers' Seminar in Switzerland, where he studied with Luigi Nono.

Banks earned his living in London as a professional orchestrator and, from 1956, as a composer of commercial music, including music for feature films, documentaries, animated films, television, advertisements, record libraries and theatre. Notable among the film scores are those he wrote for some of the Hammer horror films, such as Hysteria, The Reptiles and Rasputin, The Mad Monk. Between 1960 and 1971 he also gave private lessons in composition, analysis and orchestration.

Banks was active in many areas of music throughout his life, and in his last few years in Britain (1965-1971), held a number of positions. He guest-lectured on various subjects for educational establishments including universities, the Newport College of Art, and the Society for Musical Education of the Under Twelves, he broadcast for the BBC 3rd Programme, was three times an adjudicator for the Royal Amateur Orchestral Society Prize, and was an external examiner to the University of Wales. He was also chairman of the Society for the Promotion of New Music (SPNM) in 1967-68, and organised and co-directed their Composers' Seminars in 1967, 1968 and 1970. Appointed Music Director at the University of London Goldsmiths' College in 1969, Banks initiated new courses in conducting, guitar, folk music and jazz, and also developed an Electronic Music Studio.

Following a brief visit in 1970, Don Banks returned to Australia in 1972 to take up a Fellowship in Creative Arts in Canberra. Throughout the year of the Fellowship he gave lectures, attended and directed seminars, adjudicated and involved himself in the activities of the International Society for Contemporary Music in Sydney, Melbourne and Brisbane. He was also invited by the Prime Minister to chair the Music Board of the Australian Council for the Arts. In 1973 Banks, still in Australia, directed the Fourth National Young Composer's Seminar at the University of Western Australia's Department of Music and provided introductory sessions in Electronic Music for young composers at the Canberra School of Music's Electronic Music Studio.

Having decided to settle permanently in Australia, Banks returned briefly to the UK to finalise his affairs before taking up the position of Head of Composition and Electronic Music Studies at the Canberra School of Music in October 1973. Apart from the administrative and lecturing duties of this position, Banks was also responsible for the development of the Canberra School of Music's Electronic Music Centre, which under his guidance became the most advanced studio complex in the southern hemisphere. He was also an 'ex-officio' consultant for the development of electronic music studios in high schools and tertiary institutions, and in May 1977 chaired the Electronic Music section of the ASME National Conference.

In October 1977 Banks took up an appointment as Guest Composer at the NSW State Conservatorium of Music, and in 1978 became Head of the School of Composition Studies there. In 1980 he was made a Member of the Order of Australia for services to music and received an honorary doctorate from the University of Melbourne.

Don Banks died in September, 1980. His musical estate, consisting of papers, correspondence, manuscripts of almost all his works, scores, tapes, discs and books, is preserved in the National Library of Australia in Canberra. The instruments that constitute the electronic studio of Don Banks are preserved by the Powerhouse Museum in Sydney.