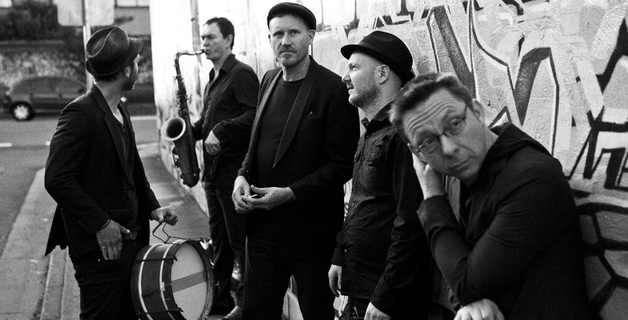 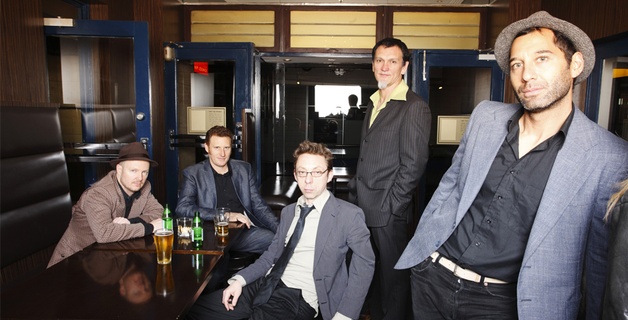 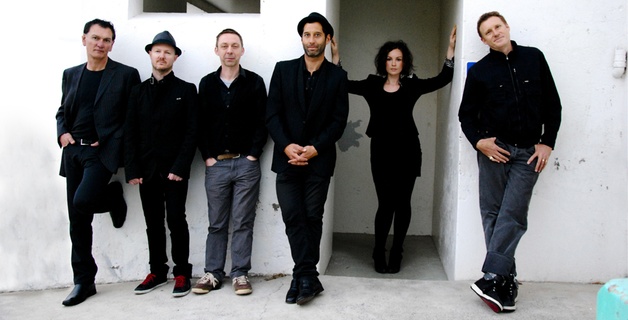 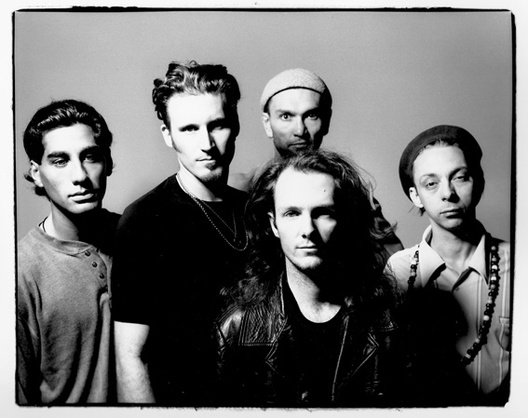 Dig (Directions in Groove) is a multi award winning band from Sydney Australia.
Dig emerged from  Sydney's happening club scene in the early 90's.
The band began with a residency at Kinselas. The audience grew exponentially
week by week leading to a self financed recording which became the largest selling australian
EP up until that time. It contained the hit 'Re-invent Yourself'. Touring soon followed and Dig attracted large crowds.

Dig(Directions in Groove) signed to Polygram (Universal) and released the album 'Deeper'
on ID in Australia and Verve Forecast internationally. The album debuted at #6 nationally
and soon earned gold status. Deeper's most played tracks were 'The Favourite', 'Dreamtlme' and
the re-released remix of 'Re-Invent Yourself'  All three were played in high rotation on 2JJJ.
Dig crossed over into the mainstream with their mix of jazz/dance/old school funk and electronica.
There was a very cool remix of Dreamtime by DJ Krush.

Dig(Directions in Groove) toured asia, north america and europe including the Montreux Jazz Festival, North Sea Festival,
Phoenix festival on the same stage as Herbie Hancock, Bootsy Collins and The Roots. Dig also played in the Acid Jazz scene supporting Us3, Galliano, The Groove Collective, Corduroy,The Young Disciples, appearing at club and festival shows with Norman Jay and Giles Peterson. Dig played many sell out shows at The Basement back in Sydney and invited british instrumental artists Gerard Presencer and Steve Williamson as guests.

Two more albums followed; 'Speakeasy' and 'Curvystrasse', through which Dig(Directions in Groove) evolved to incorporate
new grooves, putting drum'n'bass and trip hop into the mix.

Rolling Stone magazine once stated: "dig are the future of Australian music. They know what to do and how to do it."

In the Summer of 1971 Terepai Richmond was born to a Scottish Father and Polynesian Mother in the beachside suburb of Coogee. The eclectic and at times eccentric cultural upbringing, with it’s roots firmly found in music that unfolded, could be partly responsible for Terepai’s two great passions; music and surfing.

His first gig was in his parent’s Polynesian band at the age of 6.Perched on a chair on the front of the stage he banged on a set of bongos ‘til the ripe old age of 7. He was then promoted to the drum kit from which he has forged his career and standing as one of Australia's best drummers, ever since. Through the early years he played a mix of styles and learnt many of the traditional rhythms of the south pacific. Fresh out of high school he started his touring career after joining the modern soul/funk band Bellydance and also funk outfit Swoop. A couple years on and many funk grooves later Terepai co-founded acid jazz band D.I.G. This was where he really made his mark on the music scene. Writing and recording on multiple ARIA award winning albums. From the early ‘90's Terepai also started work as a studio/session drummer and has played with many of Australia’s biggest names, creating the rhythm for such artists as The Whitlams, Missy Higgins, Savage Garden, Guy Sebastian, Delta Goodrem, PNAU, Natalie Imbruglia, Katie Noonan, Tina Arena, Wes Carr, iOta, Wendy Mathews, King Tide, Professor Groove, Max Sharam, Andy Clockwise, James Blundell, Adam Brand, Melinda Schneider, Multiball, the list goes on.

In recent years he has also played with International artists such as Brett Dennan, Hawksley Workman, Serena Ryder and Soul Decision. And supporting acts such as The Roots, Ben Folds, Julian Casablancas (The Strokes), Blue Rodeo and again the list goes on.

Meanwhile, all the time finding as much if not more time to surf as work, Terepai learned early on that the pace and intensity of competitive surfing wasn't for him. Instead, he yearned for a more intense ride and started exploring the reef breaks in and around Cronulla and its surrounds. These days Terepai is regarded as one of the best big wave surfers in Cronulla and even Australia. Choosing to remain fairly low key in his surfing profile it is rare to capture his moments on film but he has made the cut in several surfing films over the years and has appeared in many surfing magazines and books.

Terepai is currently working on a new album with D.I.G, writing for his solo recording project and working on a drumming/surfing DVD he hopes to complete in 2010. He is about to embark on a national run of tour dates with Guy Sebastian, which leads on to a string of dates with The Whitlams. Terepai has also been invited to join a number of high profile surfing musicians on a yacht charter around the coastline of Java. The journey is part of The Indo Odyssey spearheaded by legendary free surfer/musician Jim Banks. Other surfers penciled for the trip are Rob Machado and Donovan Frankenreiter.

Always moving forwards, he is always keen to expand his repertoire and lend his own distinctive, laid-back style to creative pursuits.

Scott studied music and philosophy at the University of Western Australia where he performed with the gamelan orchestra, composed music for theatre and formed the seminal Perth band Rhythm Method.After relocating to Sydney in 1981 he spent the next decade playing keyboards, recording and touring with the highly successful Australian bands, The Reels, Eurogliders, Deckchairs Overboard, and funk and soul outfitBellydance.

Scott’s work with Multiball, and D’s on the two has enhanced his reputation at the cutting edge where jazz improvisation meets Electronica, DJs  and deep dance grooves.

Other acts he has worked with include jazz saxophone legend Dale Barlow and a European tour and recording withYothu Yindi.

Over the last decade Scott has created innovative work in a range of contexts including;

Scott has had a long involvement in music education that began with the creation of a music program in Long Bay Jail in the mid 1980s. Since then he has worked with the EORA TAFE for Aboriginal visual and performing arts, theBondi Wave youth music program, and has been a staff member of The Australian Institute of Music since 2006 where he teaches composition, music production, electronic music synthesis, keyboards and performance techniques.

Scott is currently a Master of Philosophy candidate at the University of Newcastle undertaking practice based research into musical composition, production, cognition and interactivity.

Tim has just released his second solo album You Tunes, a guitar trio album with Jonathan Zwartz on bass and Hamish Stuart on drums. Tim also has an electronica project The Modern Congress and has been involved in producing the new Dig album,Clearlight, now released on ABC Records.

Alex Hewetson Bassist is a sought after musician in the Sydney music scene, playing Live Australia wide in a variety of styles, as well as recording for Big name artists and Grass Roots emerging talent.

Alex is a founding member of the Acid Jazz band DIG - Directions In Groove which started in 1991, and was a core member of "Swoop" which had top ten success with the song "Apple Eyes".