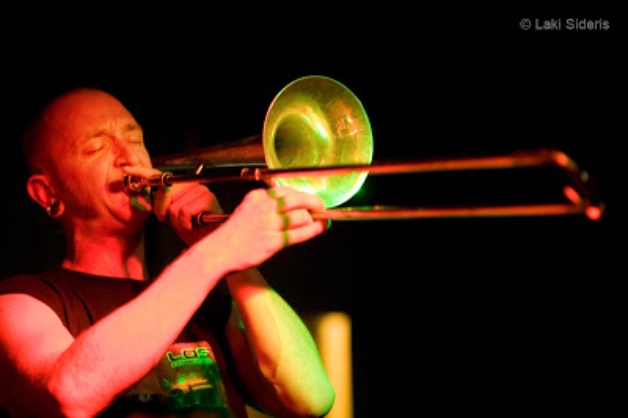 This cat has been around! There can’t have been a whole heap of jazz around parts of the Northern Territory that Ben grew up in - we can only imagine that ‘chops’ meant something different in Kakadu than they did at the Victorian College of the Arts, where Ben ended up graduating in music performance. Inspired by his folk-singer father and many diverse types of 20th century music, Ben is talented, flexible and undeniably funky. Although he has done live tours (including Eric Burdon) and recordings with Tim Rogers (UMI) and Kerri Simpson, he is perhaps best known for his cutting edge work as singer, trombone and ukulele player for Melbourne bands ‘The Hoodangers’ and ‘The Band Who Knew Too Much’. With a musical vibe described as ‘ Jelly Roll Morton meets Sex Pistols’, the ‘Dangers’ hold court as Melbourne’s favourite feral trad jazz group. They have taken Ben through Russia, Europe, Asia, the US, Canada and New Zealand. After all this travel, he still gets excited by being in Melbourne and in B#- ‘These are good people, I toast them all’, he says, lifting his beer.