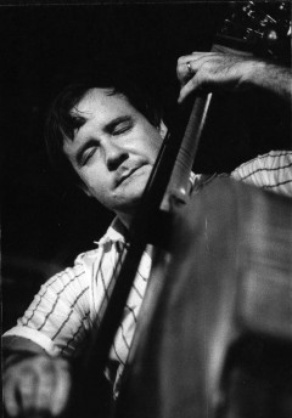 Australia's jazz fraternity has been rocked by the sudden death from cancer of bassist Barry Buckley, a notable performer on the modern jazz scene for more than 40 years.

Buckley's final performance was with the Ted Vining Trio at the North Coast Jazz Festival in Bangalow only three months ago - a performance that received a standing ovation from a capacity crowd.

Buckley played with his normal power and commitment, despite suffering the early symptoms of the cancer that would kill him so quickly.

In 1961, Buckley and the love of his life, Pauline Styles, moved to San Francisco to enable him to further his knowledge as a dental technician. He returned the following year and joined Stan Hutton to form Buckley-Hutton Laboratories, soon to become the biggest dental lab in the southern hemisphere. (Buckley's son Tim is now the managing director.)

At all times Buckley's commitment to his family, with the addition of the apple of his eye, daughter Belinda, and the business, took precedence over his role in music, creating a performance gap until he was satisfied with both priorities.

He was coaxed back into jazz in the mid-'60s and joined Brown, Tony Gould and Vining at the Fat Black Pussycat in South Yarra. This quartet was a major force in original Australian contemporary jazz, remaining together until 1970. During the same year the quartet began a long residency at the Prospect Hill Hotel in Kew. Gould left the group to further his studies, making room for the kid from Box Hill, Bob Sedergreen.

Simultaneously, the trio of Buckley, Sedergreen and Vining was formed and played together for a record 37 years.
All through the '70s both the trio and quartet recorded on a number of occasions, performed at festivals and clubs across Australia, and played at the Scandinavian jazz festivals in 1978 - a tour that was sponsored by the Australian Department of Foreign Affairs.

The Brian Brown Quartet was the first Australian group to be invited to play these festivals and performed to high critical acclaim. The quartet also held a three-year Sunday night residency at The Commune in North Fitzroy - its music original, uncompromising and jet-propelled by Buckley's powerful bass lines and patterns.

The quartet disbanded when Vining moved to Sydney, then Brisbane in 1979. Through the '80s Buckley became part of Martin Jackson's group Odwala, and Sedergreen's Blues on the Boil. The trio also continued to perform in a variety of settings, with many concert/club dates with the great Bernie McGann, plus the Montsalvat and Wangaratta Jazz Festivals.
When Vining returned to Melbourne in 1986, the trio was reborn and Buckley's loyalty became even stronger; he declined many opportunities to play with other groups.

Trio gigs and tours followed with brilliant alto player Ian Chaplin - in fact, they became the late, great Nat Adderley's band on three of his visits to Australia. Buckley also shared the stage with Branford Marsalis and the late Kenny Kirkland on one memorable night in Melbourne. Another close association was with song stylist Christine Sullivan, with whom he created some fine limericks!

For the past two years he was part of Mistaken Identity, a quartet featuring Sedergreen's sons Steve and Mal.

For me, Barry played the bass the way it was meant to be played: beautiful time, superb subtleties, total honesty and with an energy second to none. He was the absolute boss of the bass. His other old associate, Brown, says: "Barry was an integral part of every ensemble he performed with. He made the band what it was by contributing to the energy and the sound." And Sedergreen adds: "He was able to construct bass lines that moved down, up and turning; he was a master of chromatics, and with every repetition he played, the intensity lifted."

Buckley is survived by his wife Pauline, children Belinda and Tim, six grandchildren, and sister Judy.

Ted Vining was assisted by Brian Brown and Bob Sedergreen.

This tribute was published in The Age on 27 September.

Martin Jackson adds that Barry donated one of his historic three-stringed DeVereaux basses to the State Museum a few days before he passed away (having had bass maker Ben Puglisi work on restoring it).