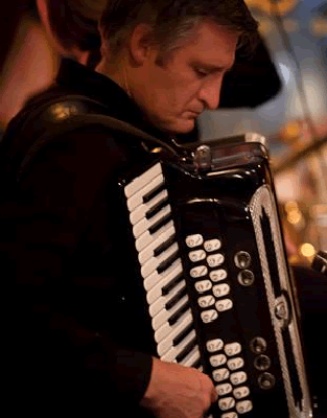 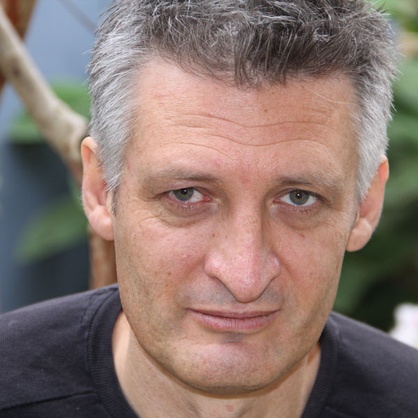 One of the more unique and individual voices in Australian improvised music, Anthony Schulz has developed and expanded a sound world that shatters all preconceptions of the Piano Accordion. In 1996 he was a founding member of the groundbreaking ensemble Frock, a group that speaks through the meld of disparate cultures, historical displacement and a vision for the future that is both hopeful and challenging. Frock’s ongoing exploration of improvisation, form and ensemble relationship has led them to produce seven albums and perform their music throughout Australia, Europe and Asia. “The sense of space evoked by these musicians – even when all six were playing together – gave much of the concert an intimate, chamber-jazz feel.  But Frock’s infectious energy and humor also propelled the music into unexpected moods of playful celebration.” Jessica Nicholas, The Age

At one point thrashing his accordion in the dissonant expressionism of Berg’s Wozzeck and to the next improvising freely with ECM icon Barre Phillips; he then re-appears in a contemporary jazz performance with the noted jazz vibraphonist Dave Samuels or renowned guitarist Doug DeVries. In 2007, Anthony was awarded an ARIA for his work with Zulya and the Children of the Underground (Best World Music Album - Three Nights) “…The original songs are built mostly around Anthony Schulz’s inventive Piano Accordion playing (Dave Curry, Canberra Times).

Anthony’s performances have been described as, "... surprising, beautiful, somewhat mysterious music... often, simultaneously, ancient, modern, intricately constructed & improvisatory." (Doug Spencer, The Planet) and “Anthony Schulz stands out on accordion, with his sophisticated use of harmony and countermelody.” (Rootsworld).

Zulya and the Children of the Underground. (World) Arrangements and compositions contributed.

Compositions and arrangement contributed on all CDs.

Ananke/Eurotrash. (World) Exploration of Free Improvisation and use of the Greek fishing song form.

Not This Not That. (Jazz)