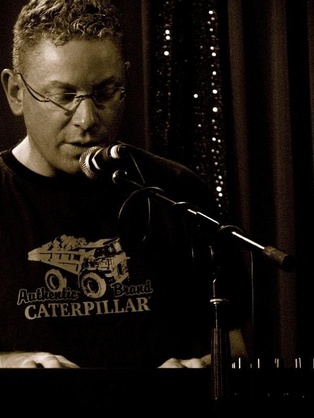 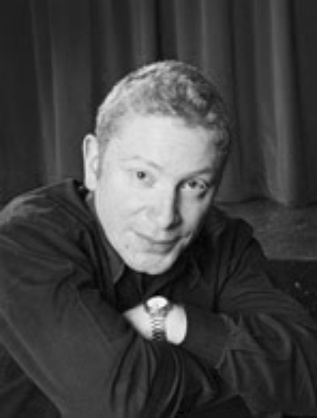 Andrew was born in Melbourne in 1968. His father was an engineer and his
mother a librarian. There was a lot of music in the Batterham household,
leading to an early interest in music. At school Andrew studied piano,
trumpet, organ and composition, and participated in many school and
community groups in the Frankston area.
Upon the completion of school, Andrew commenced studies in composition
at the Faculty of Music, University of Melbourne. He studied pipe organ with
Douglas Lawrence and composition with Peter Tahourdin and Brenton
Broadstock, complementing these with a strong involvement in the student
movement on campus. Additional composition lessons were provided by
Barry Connyngham and Michael Easton. During this time Andrew attended
two National Music Camps in Sydney as one of the inaugural participants in
the Young Composer program, under the direction of Graham Hair.
In 1991 Andrew began his post-graduate studies at the Victorian College of
the Arts. These involved composition direction from Mark Pollard, and once
again a heavy involvement in student activities and concerns. By now
Andrew was working regularly with big bands, latin bands and at corporate
events around Melbourne as a trumpet player and arranger.
In 1994 Andrew won the Qantas Youth Award section of the Paul Lowin Prize
in for his chamber work Triptych. As a result, in 1995 he travelled to Los
Angeles, New York and London to study, a trip which included lessons from
Broadway arranger Ian Finkel and renowned English composer John
McCabe. The same year he was the inaugural winner of the Queensland
Philharmonic's Corbould Composition Prize for his orchestral work
Thugine Legend.
In 1997 Andrew attended the Australian Composers Orchestral Forum under
the tuition of Richard Mills, where his orchestral work Cortége was
premiered by the Tasmanian Symphony Orchestra. In 1999 he received a
Commendation for his entry in the Albert H. Maggs Composition Award.
Around this time Andrew began to write much music for the educational
field, including A Matter of Honour for Kieran Conrau and the Blackburn
High School orchestra. He also commenced writing for the brass band
movement, including works for state championships throughout Australia.

In 2000 Andrew was commissioned by Symphony Australia to write a work
for the Melbourne Symphony Orchestra, resulting in The End of All
Journeys, premiered in 2002. The Melbourne Symphony have also
performed Thugine Legend several times over the years. Further
educational commissions followed, including Three Portraits for Musica
Viva Victoria, and Bold as Brass for the NSW Education department.
Andrew remains active in the band world, composing Highwayman for
the New Zealand National Brass Band championships in 2001, and A
Golden Summer's Day for the Australian Championships in 2002, as well
as supplying a test piece for the 2002 Tasmanian Championships. His band
music has been performed and recorded by several A grade bands, as well as
high profile performers such as James Morrison. Andrew's brass band music
is published by Muso's Media.
Two of Andrew's rock songs received certificates of commendation in the
Australian Songwriter's Association National Songwriting Contest in 2000,
and received further exposure as the soundtrack to ATV10's Extreme Sports
program. In recent years Andrew has moved increasingly into the screen
music field with music for several short films, TV commercials and corporate
video soundtracks.
Recent classical commissions include Song for Gariwerd and Weaving
Hochkirk for the Hamilton Arts Festival and Pipe Music for Orchestra
Victoria. Recent educational commissions include Malletopia for Nonie
Flynn and the Methodist Ladies' College orchestra, Vanguard for the
Caulfield Grammar School symphonic band and Kaleidescope for Xavier
College. Commercial work includes tracks for the jogging website Run 2
Rhythm and various music for the Hampton Film Festival.
Andrew is represented by the Australian Music Centre and is listed as a
composer in the International Who's Who of Music and Musicians Directory.
His music is published or distributed by Reed Music and Future Music. He is
married to Sharon Fallon and they have four children: Caitlyn and Thomas
(born 3/10/96),Kelly (born 20/1/99), and Lachlan (born 20/3/2002).